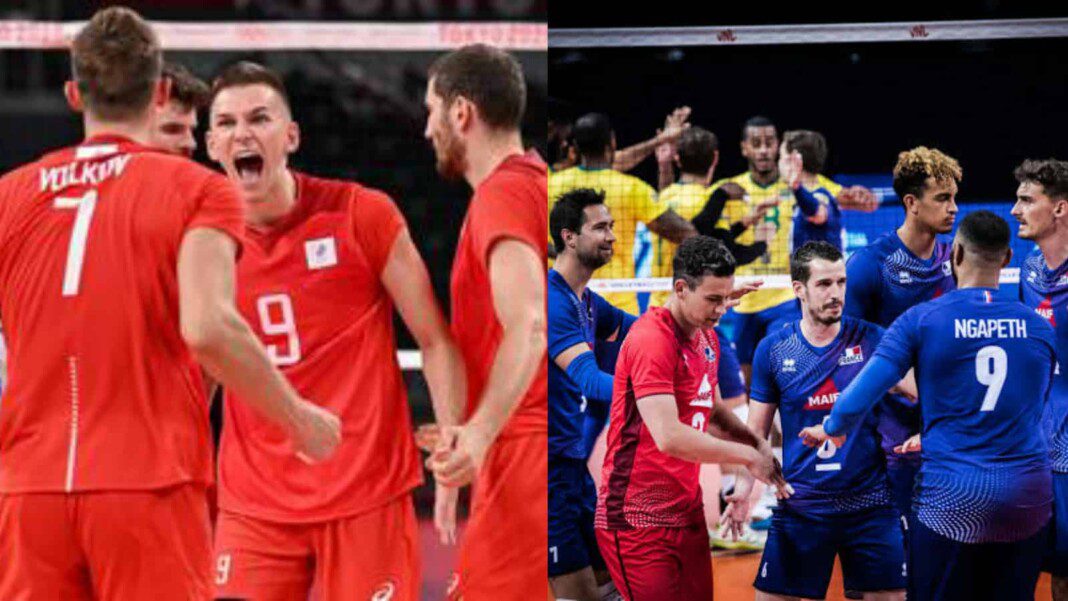 It will be France against the Russian Olympic Committee (ROC) in the gold medal match of the men’s volleyball at the Tokyo Olympics 2020. France have fought their way into the final while ROC has been the most dominating team in the lead up to the final.

France’s dream run can be realised from the fact that their best ever finish at Olympics has been in 1988, where they came 8th! Nobody expected them to defeat Poland in the quarters, but they believed in themselves and came back from the 1-2 deficit to progress to the semifinals. Once France made it to the last-four, their confidence sky-rocketed to such an extent that they didn’t need more than three sets to drub Argentina 25-22, 25-19, 25-22.

On the other hand ROC hasn’t had to break much sweat to make it to the gold medal match. The 2012 Olympic champions have dominated the proceedings right from the word go. After annihilating Canada 3-0 in the quarterfinal, the ROC came through Brazil for the second time in Tokyo with a 3-1 (18-25, 25-21, 26-24, 25-23) victory.

The gold medal match between France and ROC in the men’s volleyball will be contested on 7th August, 2021 in Tokyo’ Ariake Arena.

ROC are the firm favourites to clinch the gold back after the disappointment in 2016. However, here comes the twist – ROC and France have already met each other during a preliminary group match and there France won the match 3-1! So ROC will be cautious of this fact that they have not lost to any other team except France. ROC will be out there to avenge their loss, and they are expected to do so. Therefore, the final prediction is ROC clinches the gold medal after defeating France 3-1.