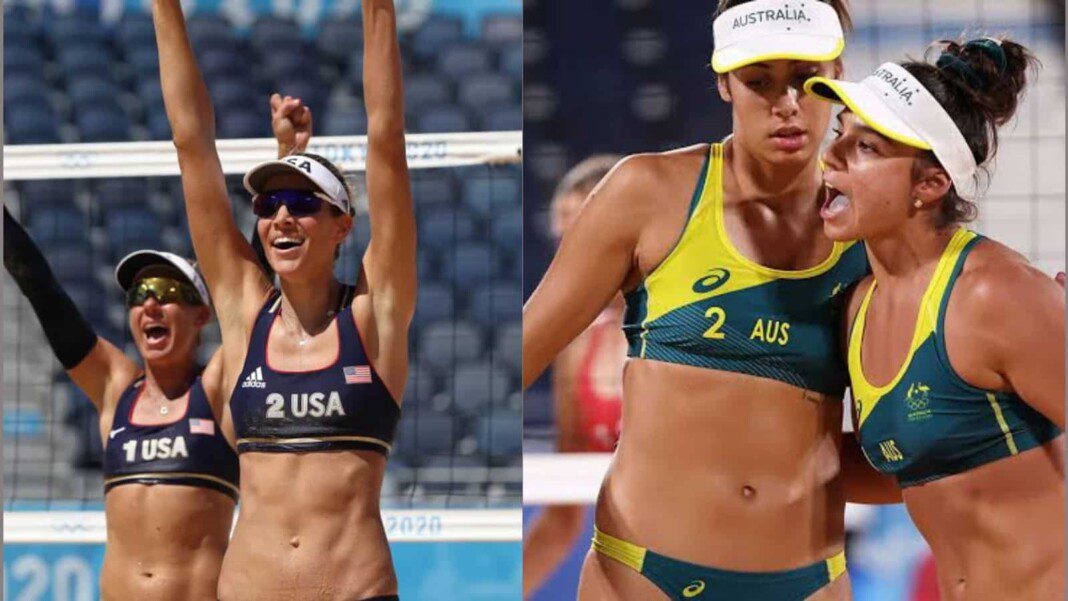 USA has looked like a team of another level, losing just a single set from the group stage matches till the semifinal against Switzerland. And if it was not enough, they took their game a notch higher while drubbing Switzerland in straight sets 21-12, 21-11 in the semis. One half of the USA’s team, Elizabeth Ross, is already a two-time Olympic medalist, but has never won a gold, however, as things stand right now, her dream is really looking to get fulfilled.

Australia, the 2018 Commonwealth Games silver medalists, have done exceedingly we to make it to the gold medal match. Their path hasn’t been that smooth as compared to USA, but what all matters is that they are a step away from clinching the gold. Australia made a right step towards it in the semifinal against Latvia, outclassing them 2-0 (23-21, 21-13). Their match in the final would arguably be the toughest they have ever played, so it’s important for them to stay in the competition and don’t think tooicj about the result.

The gold medal match of the women’s beach volleyball will be contested on 6th August in Shiokaze Park, Tokyo.

USA has just been the team to beat in the whole tournament and they are looking invincible. Australia might be unable to breach the fortress of mighty Americans, but it is certain that they will give some tough time to USA. So, prediction for the gold medal match of the women’s beach volleyball is that USA taking the yellow metal back home with the scoreline reading 2-0 in their favour. But don’t get fooled by the scoreline as it is going to be an exhilarating contest.