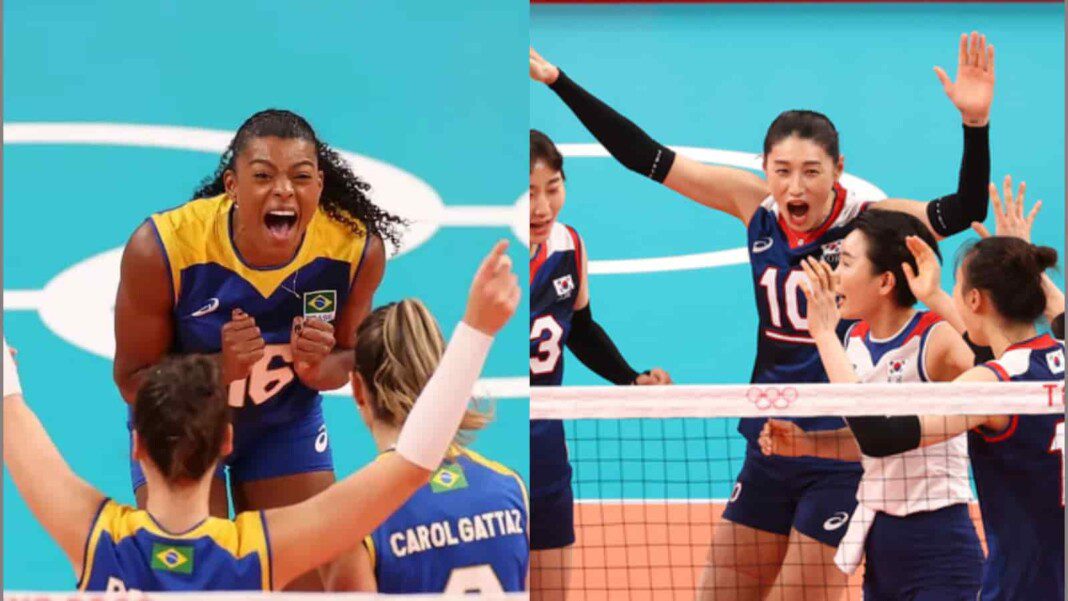 2012 London Olympic champions Brazil will be up against Republic of Korea in the second semifinal of the women’s volleyball at the Tokyo Olympics 2020. Brazil have looked terrific to say the least till now and are very much in contention to repeat their heroics of 2012 in Tokyo.

Brazil is the only unbeaten team so far in the tournament. After topping their group, they met the Russian Olympic Committee (ROC) in the quarterfinal. Surprisingly though, ROC drew the first blood and took the opening set. However, champions never give up and that’s what Brazil did, taking the next three sets to outclass ROC (23–25, 25–21, 25–19, 25–22). Brazil looked rusty at the start against ROC but regained their form and then never looked back.

On the other hand, Republic of Korea, after dropping the first set, bounced back in style as they trounced Turkey 3-2 (17–25, 25–17, 28–26, 18–25, 15–13) in a nail-biting match to achieve their best result at the Olympics since clinching a bronze medal in the 1976 Summer Games. Korea is just a step away of assuring themselves a guaranteed silver medal and their second in women’s volleyball at the Olympics.

The second semifinal of the women’s volleyball between Brazil and Republic of Korea will be contested on 6th August, 2021 in Tokyo’s Ariake Arena.

Brazil and Korea have already met once in Tokyo when they played against each other in a group match. There, the former swatted aside Korea in straight sets. The outcome of the match doesn’t seem to come out any different.as Brazil are again the firm favourites to emerge victorious and march into the gold medal match. So Brazil is winning this hands down 3-0 and progressing to the final.