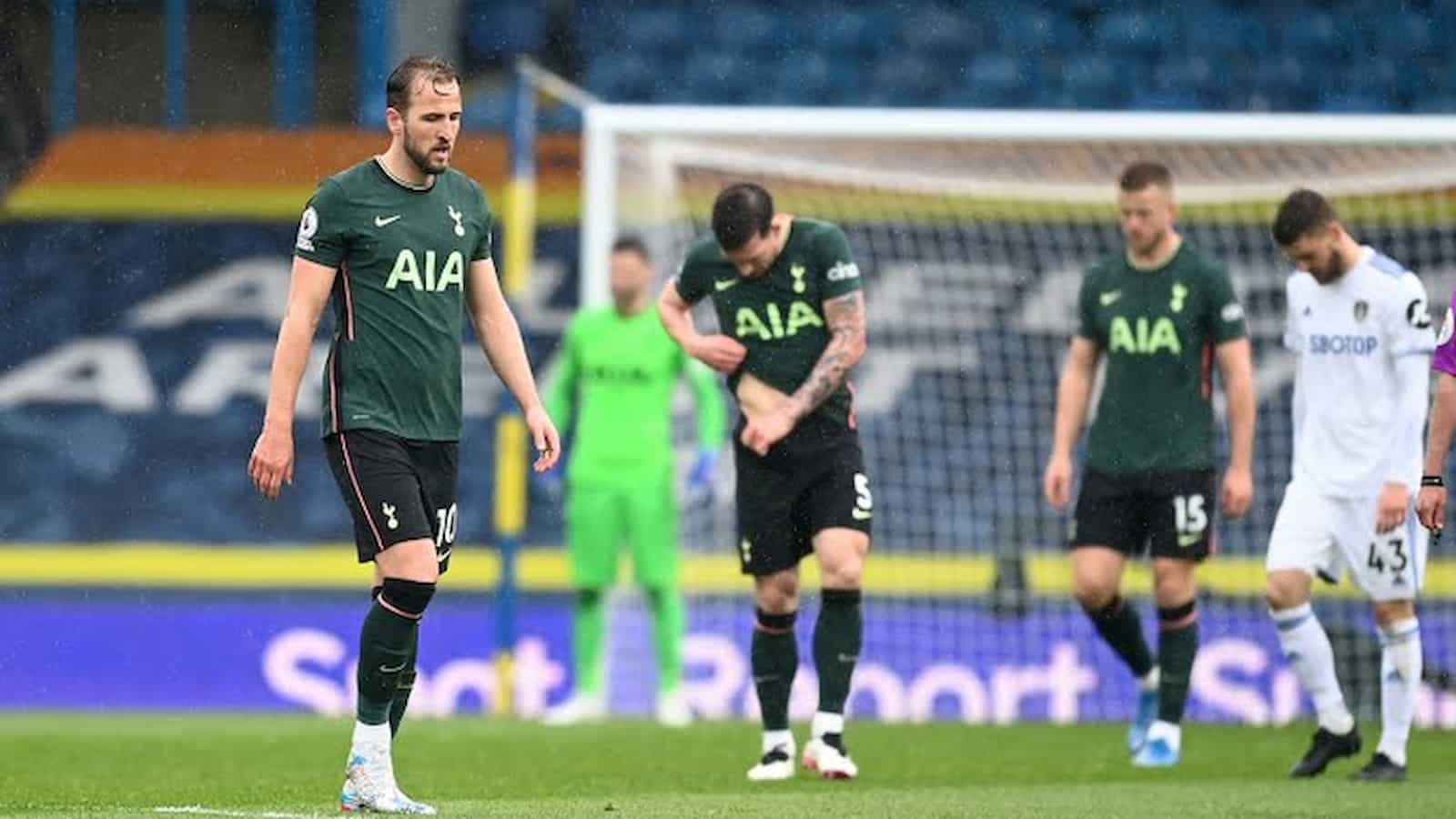 Tottenham Hotspur’s hopes of qualifying for the Champions League next season are almost over after they different a 3-1 defeat against Leeds. Goals from Patrick Bamford, Dallas and Rodrigo trumped Son’s first half strike.

Ryan Mason was unable to lead his side to his 3rd consecutive victory in the Premier League and Spurs now need to focus on finishing 5th or 6th. Tottenham are now 5 points behind 4 placed Chelsea in the 6th spot and have played a game more than their London rivals.

Tottenham are 5th in Premier League 5 points behind Chelsea

Leeds displayed a great attacking display in a match which was played in a high tempo throughout the 90 minutes. Dallas opened the scoring for Leeds in the 12th minute from close range after Lloris had saved an initial own-goal chance from Reguilon.

Hueng-Min Son equalised for Spurs in the 25th minute in a typical Spurs counter-attack. Dele Alli’s fed a well disguised through for Son who struck his goal bound first time past Meslier.

Patrick Bamford gave Leeds the advantage once again right on the cusp of half-time finishing off a wonderful team goal. Alioyski drilled in a low cross from the left flank and Bamford tapped in from close range to make it 2-1.

Leeds carried their attacking form in the second half but Tottenham threatened on more than one occasion. Harry Kane’s free-kick hit the post and Erik Lamela had a close range shot blocked by the Leeds keeper Meslier.

Leeds however, ruled out any chances of a comeback in the 84th minute when Rodrigo who had come on as a substitute scored. Raphinha broke Tottenham’s offside trap and fed in a ball into Rodrigo who was unmarked in front of goal scoring the 3rd goal of the match.

Tottenham now need to shift their focus onto the Europa League places in order to ensure some form of Europa League football next season. Spurs still have 3 games left and a victory in each should be enough for them to secure Europa league which would allow them to keep their big players in the summer.