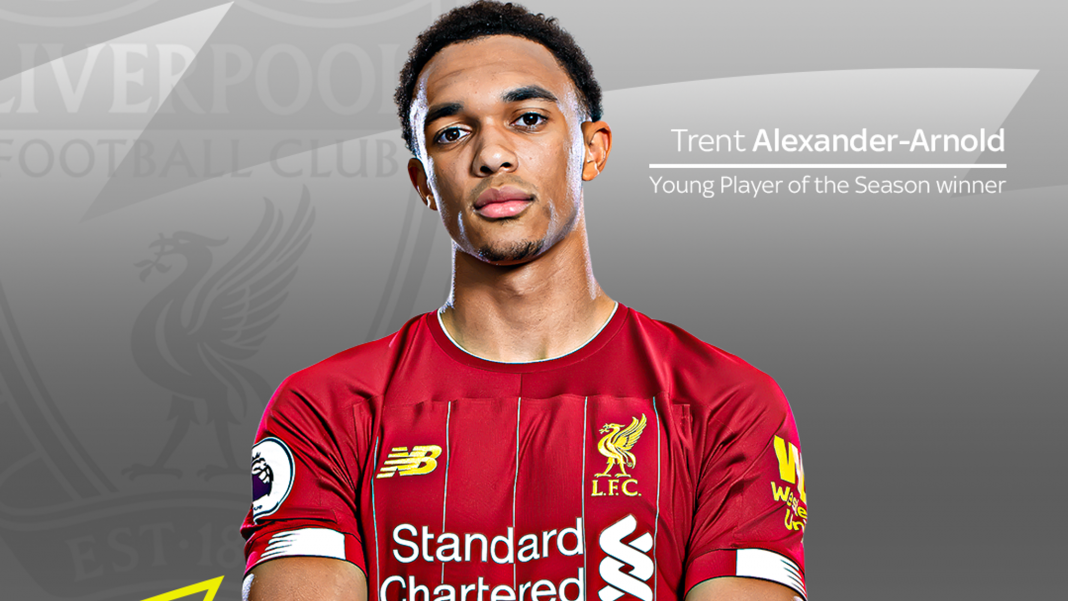 Liverpool defender Trent Alexander-Arnold was announced Premier League Young Player of the Year for the 2019-20 season.

Alexander-Arnold played a significant role in the title-winning season for Liverpool as he registered 13 assists as well as 14 clean sheets and scoring on 4 of the occasions in 38 league appearnces.

Alexander Arnold broke his own record of 12 assists – the most number of assists by a defender in a single Premier League season.

Arnold aided the Merseyside to their Champions League triumph last season and the historic league win after 30 long years this campaign.

The 21-year old has grown since his debut at the Merseyside club. The English International has a whole career ahead of him to become Europe’s best right-backs.

From the eight-man shortlist, the 21-year old emerged as the recipient of the award.