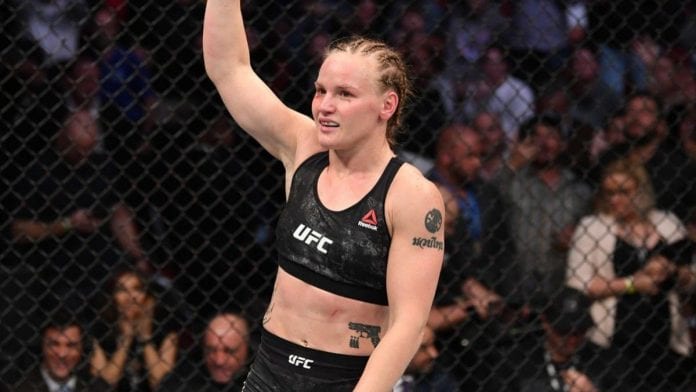 The first of the three title fights saw Valentina Shevchenko the women’s flyweight champion go up against the Brazilian Jessica Andrade. Shevchenko was coming off a win against Jennifer Maia and was on a 6 match win streak, whereas Andrade snapped a two fight skid with a victory against Katlyn Chookagian.

Takedown number 6 from Valentina began round 2. Once the action shifted back to both fighters on their feet after brief strikes from Valentina, the Kyrgyzstani executed another takedown and put her in a crucifix position and started opening her up with massive punches, before the referee waved off the fight. What a win for Bullet Valentina.

Also Read : Dana White reveals Jon Jones might have to wait as he charges $30 million to fight Francis Ngannou