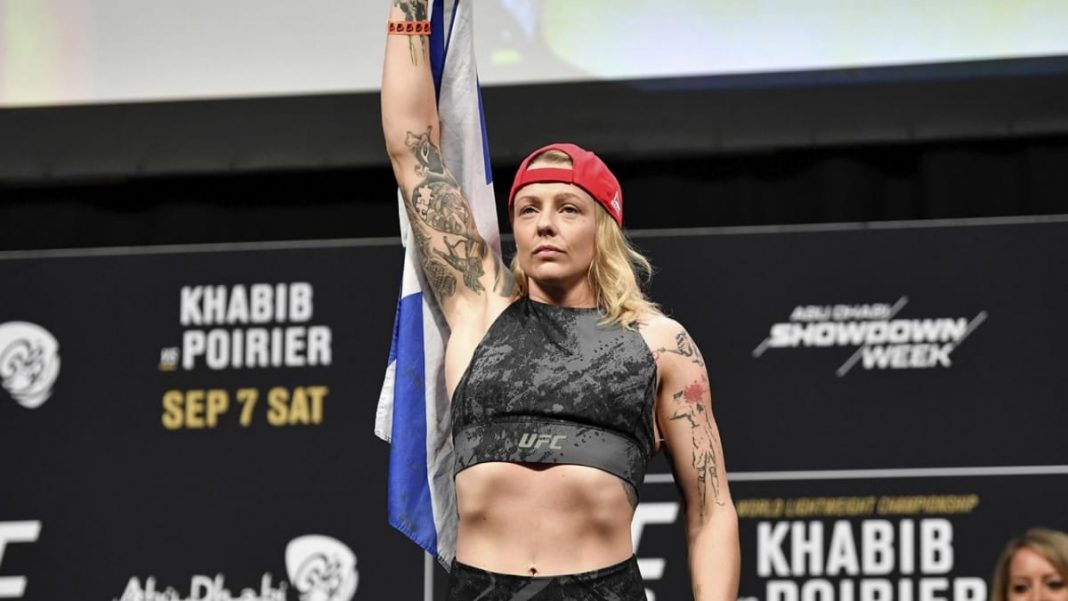 UFC flyweight contender Joanne Calderwood has called for a fight against Lauren Murphy. The Scottish flyweight fighter, Joanne in a recent interview called out Lauren Murphy to be her desired fight for the number 1 contender. Joanne was stated to fight the Flyweight champion, Valentina Shevchenko for the title in 2020.

That fight wouldn’t happen because of an injury to the champ. Joanne rather rescheduled and fought Jennifer Maia. That fight didn’t go in the favor of the Scottish fighter as she lost via submission. Calderwood later got back on track as she won over Jessica Eye at UFC 257.

Lauren Murphy, on other hand, last fought in October when won impressively against Liliya Shakirova. Lauren will be coming off a 4-match winning streak.

In a recent interview, Calderwood said, “I was thinking of fighting Lauren Murphy because I know she’s kind of waiting for her title shot as well.”

“I definitely like the Valentina and Jessica fight next. Hopefully me and Lauren Murphy [will fight next] and then the winner of that can go on and fight whoever wins out of those two.”

Joanne in the interview said, “I know Cynthia [Calvillo] is injured right now, Katlyn [Chookagian] – I would fight her again but it’s not a fight that anyone probably wants to see.”

Soon Joanne called out and showed her interest in fighting Lauren Murphy, the American fighter responded on Twitter.  “Welcome to the conversation,” she wrote in response to Calderwood. “I’m your huckleberry, send location, I accept, etc etc etc,” Lauren said.

If this fight happens, it will be the title contender fight. The winner of this fight will go on to fight Schevchenko for the flyweight title.

Also read Nick Diaz is all set to make a comeback