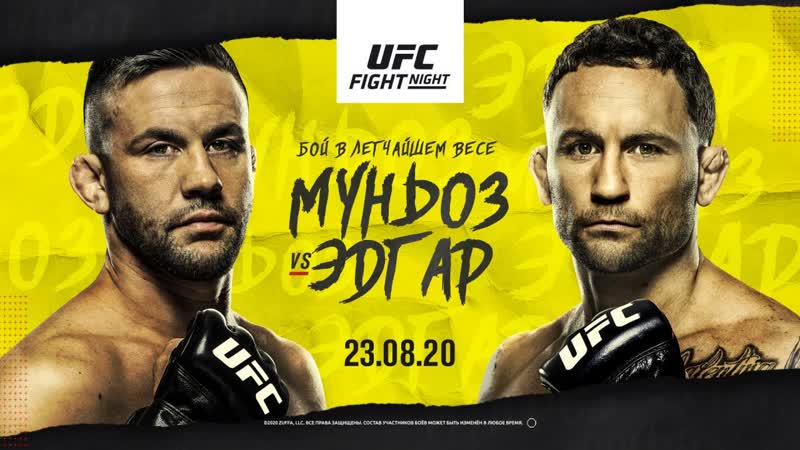 After the UFC 252, the UFC will go back to their weekly smaller shows run out of UFC Apex. The first will come on August 22nd on ESPN, with a bantamweight fight on top.

The main event will see Frankie Edgar finally making his debut at bantamweight after a few hiccups prevented earlier matchups. The former lightweight champ will face off with someone already in the 135-pound mix – Pedro Munhoz.

Edgar, the former UFC lightweight champion who has spent recent years at featherweight.

He was first scheduled to make his bantamweight debut on Jan 25 against Cory Sandhagen, Edgar delayed his entry into the weight class when he opted to step in on short notice to face Chan Sung Jung in December. He lost the fight via first-round stoppage for his second straight loss.

Munhoz, meanwhile, saw his three-fight winning streak snapped at the hands of Aljamain Sterling last June at UFC 238. Before that, he scored arguably the biggest win of his career when he knocked out former UFC champion Cody Garbrandt in the first round

This card has taken quite a beating in terms of COVID and injuries, which has led to a few short notice replacements and fights being moved to other cards. After the dust settled, the card was left with a co-main event between Ovince Saint Preux and Alonzo Menifield.
Here’s a look at the current card for the event: