It seems like we will get one light-heavyweight banger for the fans who are looking closely at the division, as #12 Jamahal Hill fights #10 Johnny Walker on February 19 Fight Card. The fight booking was initially in knowledge by MMA Fighting. The MMA Ideas was the first to report it publicly.

Both the fighters will most likely fight for a single-digit ranking, especially in the case of Walker who has lost 3 of his last four fights despite starting off his UFC stint with a four-fight winning streak. Hill on the other hand is touching peaks and valleys with a no-contest for testing positive for marijuana and a loss tied together in his record but has left all of his fights winning with knockout wins in the UFC except for one.

Johnny Walker has an overall record of 18 wins and 6 losses [5-3 UFC] whereas Jamahal Hill has had 10 pro-fights in total with 8 wins, 1 loss and 1 NC [4-1-1 UFC]. Both the fighters got their shot from fighting in Dana White’s Tuesday Contender Series, with Walker making his way in 2018 and Hill, coming right in the following year.

Walker started off bashing into the prospects’ scene with a stunning 4 fight victory, 3 of them via knockouts over the likes of fighters like Misha Cirkunov and Khalil Rountree. After that, Walker fell short against Corey Anderson and Nikita Krylov. He then came back to winning track with a spectacular knockout over Ryann Spann, only to fall short again, against Thiago Santos.

Hill on the other hand had won his last fight against Jimmy Crute via a devastating right-hand knockout, this happened after coming off from his last loss against Paul Craig. Before that, Hill also knocked out UFC veteran and former interim-title challenger Ovince St. Preux.

Who do you think gets the win between Hill and Walker? Both are fan-favourite knockout artists but are yet to put an impression on the division to prove themselves serious contenders or worthy of a title shot. This fight should advance the winner to fight one of the top-9 ranked guys. If former title challenger Dominic Reyes plans to return next year, he can fight the winner of this fight and therefore, a plan for another light-heavyweight banger. 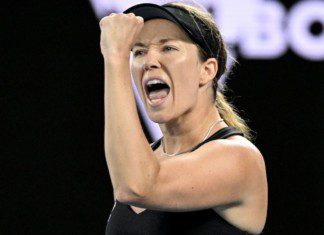