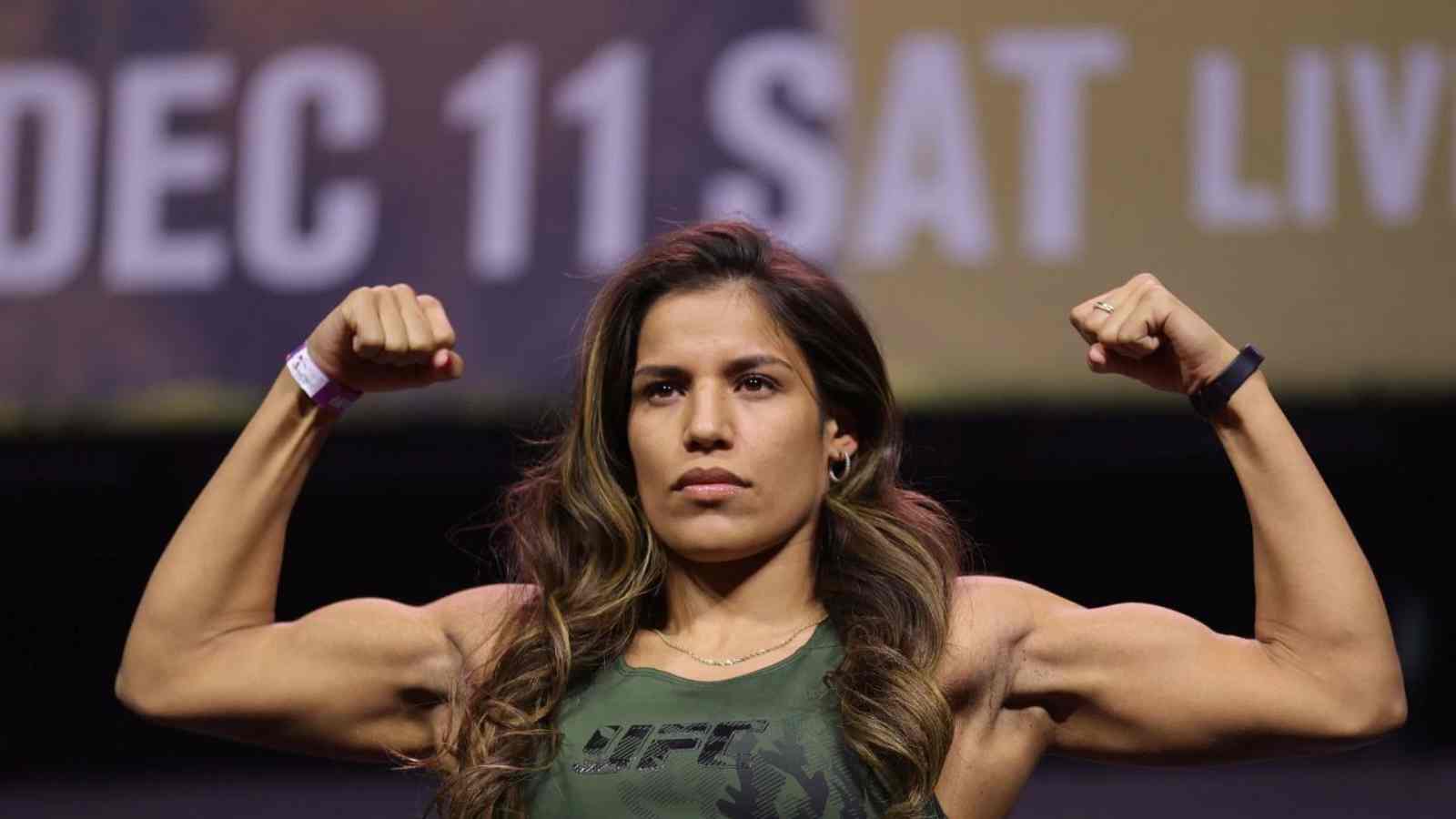 Julianna Nicole Pena was born on 19th August 1989. The American-born mixed martial artist was the first woman ever to win The Ultimate Fighter, she competes in the bantamweight division, and is currently number 11th in the rankings.

Born in Spokane, Washington she is the youngest of four siblings, she completed her studies at Mt. Spokane High School and started kickboxing classes purely to lose weight and control her aggression.

Her biggest paycheck came against Sara McMann, and as per Media Referee, her net worth is estimated to be around $1 Million. Pena has been in the UFC since 2013, she stacked up some amazing wins against the top-level contenders in her weight class, her fight against Valentina Shevchenko would have been her biggest paycheck but she lost that fight in the second round, and didn’t get any bonus.

Pena got the biggest win of her career against Amanda Nunes at UFC 269, she choked out the female G.O.A.T of MMA to become the undisputed UFC champion. Pena certainly enjoyed her championship reign, and that came with a lot of monetary benefits. Pena then lost her title to Nunes at UFC 277, and she is waiting to come back inside the octagon.

Pena is one of the most dominant fighters in the UFC right now, she made her MMA debut back in 2009 at ExciteFight against Raylene Harvey, she easily won that fight via first-round submission and went on to face Robyn Dunne at IFC: Caged Combat, it was another easy first-round victory via TKO.

Pena built an excellent resume for herself before finally making her UFC debut in 2013. She competed in the Ultimate Fighter: Team Rousey vs Team Tate, Pena won that tournament and became the first woman to win the title. She defeated Jessica Rakoczy via first-round TKO. Pena stacked up some impressive wins against Jessica Eye, Milana Dudieva, and Cat Zingano, she then faced the champion, Valentina Shevchenko.

Shevchenko defeated her in the second round, but Pena kept on moving forward and fought her way to the top. She is coming from a win against Sara McMann and now she is next in line to face the double champ and women’s G.O.A.T Amanda Nunes at the co-main event of UFC 269.

Pena was born on 19th August 1989 in Spokane, Washington. Born to Ernie Pena and Pamela Pena, Julianna is married but she prefers to keep her husband’s name private, not much is known about her, but the couple is very happy, and they enjoy their time together.

Back in October 2017, the couple announced they are having a baby, and Pena took some off from the competition, she gave birth to a baby girl named Issa Cruz. A win over Amanda Nunes can catapult her career to new heights, and she could provide a better life for her family.

How much is Julianna Pena’s net worth?

Who are Julianna Pena’s parents?

Her parents’ names are Ernie Pena and Pamela Pena

Yes, she is married but she likes to keep her personal life private, and the name of her husband isn’t known to the media.

What is the name of Julianna Pena’s daughter?

Her daughter’s name is Issa Cruz.