Dana White was spotted beside the son of Ramzan Kadyrov, as the dictator rants about Petr Yan’s controversial loss at UFC 280 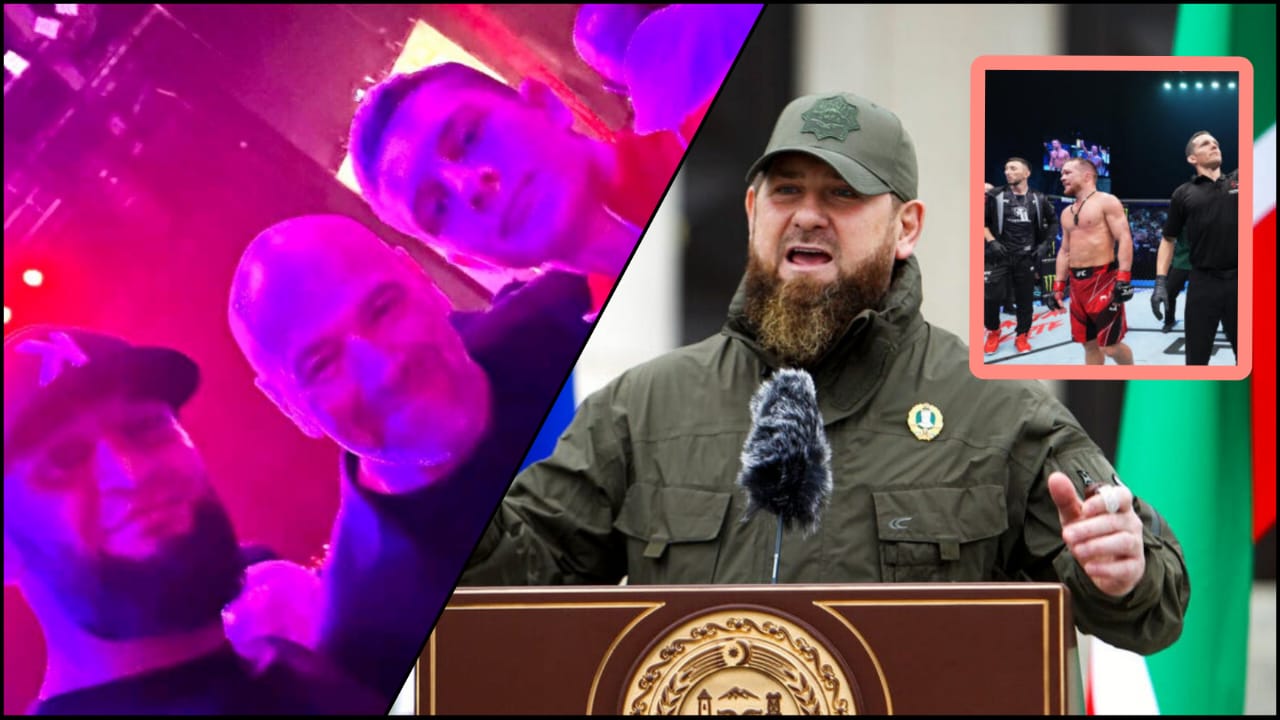 White was seen with the dictator's son at UFC 280

Ramzan Kadyrov has been making waves in the MMA community in the aftermath of UFC 280. NOw Khamzat Chimaev along with the elder son of Kadyrov met with none other than UFC president Dana White. The Chechen dictator has long been under US Sanctions, which have only increased post the start of the invasion of Ukraine, where his troops have been alleged to commit severe war crimes.

In the aftermath of UFC 280, the crowning moment of Islam Makhchev was about to be overshadowed by something happening mere inches mere meters away, outside the octagon. There Chimaev had gotten into a scuffle with Abubakar Nurmagomedov, the cousin of the former lightweight champion. This dispute was personally stelled by Kadyrov over a video call.

However, on his Instagram, another famous UFC personality made an appearance, none other than company boss, Dana White. White was spotted alongside Chimaev and Eli Kadyrov, the elder son of the dictator. In a photo posted to the dictator’s personal Instagram handle, his son can be seen along with The UFC president and Chimaev who is touted by many to be a future champion in the UFC.

Eli Kadyrov recently gained headlines in MMA discussions around the world when he along with Dustum Kadyrov were seen beating up the undefeated Chechen in a training session. He was also once handed a title and the label of The Next Muhammad Ali after he won a local amateur boxing bout, something that never happens among amateur ranks.

Since the country and it’s leader are under US Sanctions, it is unclear of how wise it was of White, a US Citizen whose company is headquartered in the country to be seen alongside such figures.

Apart from the picture, another thing of note on the Instagram post, is that Kadyrov is among the many who firmly stand in the camp of Petr Yan. Yan had an unexpectedly close fight with #11 Ranked Sean O’Malley, however, many fighters believed the Russian had done enough to secure a victory for himself.

The split decision went in favor of O’Malley to the dismay of many, including the dictator himself. Congratulating the Russian Fighters on winning their bouts he wrote, “But, as usual, our Petr Yan has no luck with the judges, although our fighter showed a beautiful and tactical fight.” Assuring Yan that he was still the top fighter in his division, Kadyrov wrote, “The judges, for some reason, decided his opponent Sean O’Malley was more confident. But many, including the spectators of the tournament, do not agree with this. Peter, you are still the best in your weight!”

Many including Khabib Nurmagomedov himself believe that Yan had done enough to win all the rounds and gain a simple decision victory. While today only his sons may be visiting UFC events, there was a time when Kadyrov himself could be seen seated among the audience every time the UFC came over to Abu Dhabi.