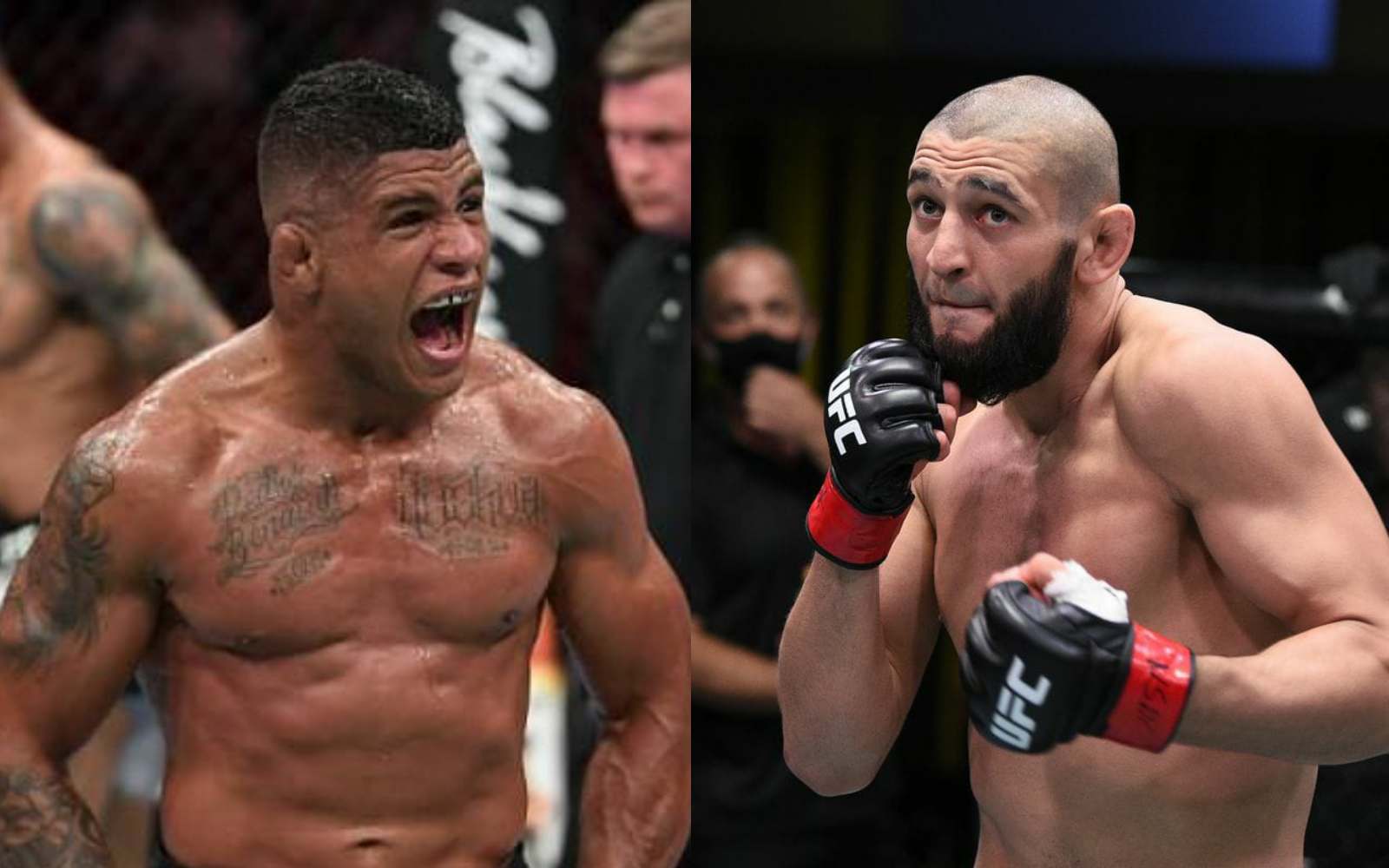 Ahead of his fight against Gilbert Burns, Khamzat Chimaev sends a threatening message to the Brazilian.

The fight between Gilbert Burns and Khamzat Chimaev got attention when both the fighters expressed their intention to fight each other. It all started when Chimaev on his new YouTube channel shared a video of him training, in the video, the Russian revealed that the welterweight belt is his and he is ready to take it but all the fighters are scared of him. He called out Burns for the fight and asked UFC to hold the fight in Brazil. The ‘Borz’ expressed his intentions to defeat Bruns on his home turf to get close to the welterweight title shot.

Resounding to the call-out, Burns put out a tweet where he asked UFC and Dana White to make the fight happen in Brazil. After both the fighters showed their mutual decision to take on each other, UFC took the opportunity to tease the potential fight between Burns and Chimaev asking fans if they are excited to see the fight. Till now there have not been any official announcements of the fight but the fans are already excited to see these two fighters fighting all out inside the octagon.

It seems Chimaev has already started to make his moves in order to get into the mind of his potential opponent and get a mental advantage. Chimaev recently put out a tweet tagging Burns where he gave a warning to the Brazilian that in the upcoming fight he better come prepared or he is going to die. “Be ready to die boy @GilbertDurinho,” wrote Chimaev.

Such a terrifying warning is not uncommon for the Russian as the fighter since his debut has always shown his unmatched desire to get into the ring and destroy his opponents. In his last fight against Li Jingliang after winning the bout, Chimaev in his post-fight interview said he is coming to fight and kill everybody and take his position as the new welterweight champion.

Also Read: Khamzat Chimaev flies out to Thailand to train at Tiger Muay Thai in anticipation of a potential fight against Gilbert Burns