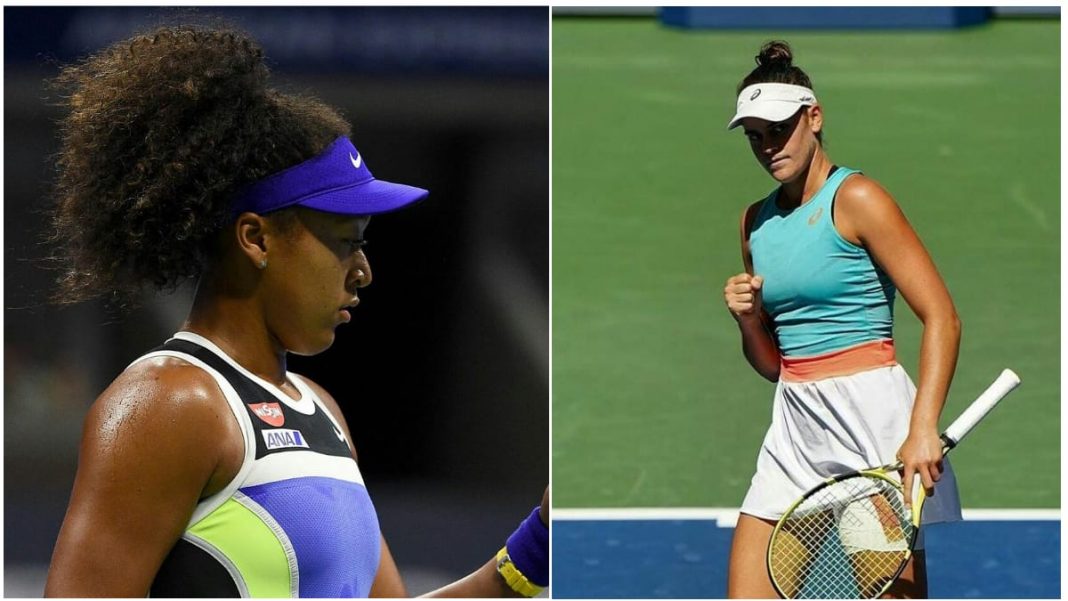 Two-time Grandslam champion and the 4th seeded Naomi Osaka and 28th seeded American, Jennifer Brady will take the centre stage at Arthur Ashe Stadium on Thursday night in the first semifinal of the Women’s singles draw.

Osaka will look to reclaim the US Open title this year which she won in 2018. On the other hand, Jennifer Brady, on a dream run would look to make it to her maiden Grandslam Final.

4th seeded talented youngster from Japan, Naomi Osaka has been regarded as the future of womens tennis by tennis pundits and fans around the world. She has certainly not let them down at US Open this year by making it into the last 4 of the tournament. Surprisingly, her trickiest matches game in the beginning rounds of the US Open where she had to beat fellow Japanese, Misaka Doi in three tough sets in the first round and M.Kostyuk of Ukraine in another 3 sets in the 3rd round.

Apart from those two matches, Osaka has relatively had a comfortable passage into the semifinals. She defeated Anett Kontaveit of Estonia in straight sets in the 4th round. Against Shelby Rogers in the quarterfinals, Naomi Osaka was on top of her game defeating her in straight sets, 6-3 and 6-4.

Jennifer Brady, 28th seeded American has surprised tennis fans by making it into her maiden Grandslam semifinals. From losing in the 1st round at Cincinnati Masters a week before she has completely left everyone surprised.

Brady has been in exceptional form this tournament not dropping a single set defeating Caroline Garcia, 32nd seeded French in straight sets in the 3rd round, A.Kerber and 17th seeded German 6-1,6-4 before breezing past Y.Putintseva in two straight sets in the quarterfinals.

Naomi Osaka and Jennifer Brady have come up against each other twice in their careers, with each winning one match. Their first encounter came way back in 2014, when both of them were relatively young with Brady winning 6-4,6-4. However, Naomi Osaka levelled her score against Brady when they faced each other again at Charleston in 2018 with Osaka defeating her in two sets, with a similar scoreline, 6-4 and 6-4.

Naomi Osaka, two-time Grandslam champion is certainly a favourite to claim the victory against Brady on Thursday night and book a place in the final where she will be up against the winner of another semifinal which takes place later in the evening between Victoria Azarenka and Serena Williams.

But however, with Brady being in such a devastating form and punishing her opponents ruthlessly this match surely going to give us some high-quality tennis. However, Naomi Osaka given her dominance on hard courts and a much-improved game after the Australian Open 2020 just gets the edge over Jennifer Brady.