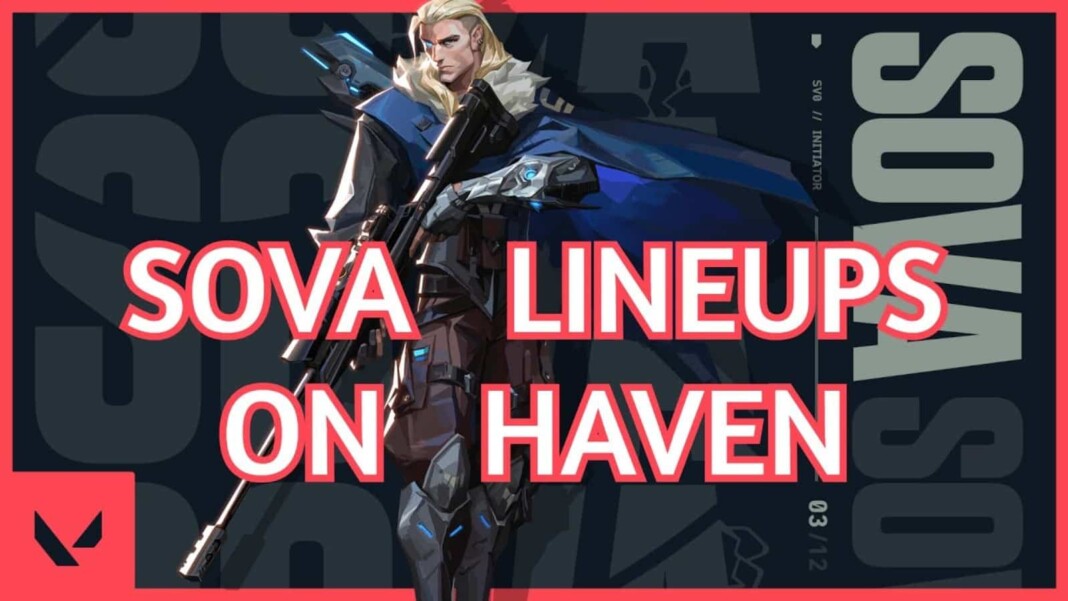 Valorant Sova Lineups Haven Map for using shock darts in retakes and post-plant is never a bad idea. Sova tracks, finds, and eliminates enemies with ruthless efficiency and precision. An archery expert can equip his bow with different bolts that reveal enemy locations or shock nearby adversaries. The article describes some of the shock dart lineups for Sova on the Haven map in Valorant for post plants defense.

“Born from the eternal winter of Russia’s tundra, Sova tracks finds and eliminates enemies with ruthless efficiency and precision. His custom bow and incredible scouting abilities ensure that even if you run, you cannot hide.“

Q- SHOCK BOLT: Equip a bow with a shock bolt. Fire to send the explosive bolt forward detonating upon collision and damaging players nearby. Hold Fire to extend the range of the projectile. Alternate Fire to add up to two bounces to this arrow.

Players need to go to A long after the spike has been planted and wait for the first beep to defuse the enemy’s sound. You need to wait until you make sure the sound’s not fake and throw the dart according to these steps:

The next one is for the B site default plant and players need to be right in front of their spawn to perform this lineup. Again, they should wait for the first beep to defuse the enemy’s sound and throw the dart according to these steps:

The next one is for the C site default plant and players need to be near the C long to perform this lineup. Wait for the first beep to defuse the enemy’s sound and throw the dart according to these steps: