After a dismal showing in the Syed Mushtaq Ali Trophy, not much was expected from Mumbai in the longer format. But the young side bounced back in style as they remained unbeaten in the Vijay Hazare Trophy.

The Prithvi Shaw-led side flattened Uttar Pradesh by six wickets in the final to lift the prestigious trophy. Aditya Tare smashed a brilliant century as a clinical Mumbai side chased down 312 runs with 51 balls to spare.

Winning the toss, Uttar Pradesh decided to bat first and they did a great job to put up 312 runs on board. Openers Madhav Kaushik and Samarth Singh put up a humongous opening stand of 122 to give UP a great start.

Kaushik remained unbeaten on 158 as he brought up the highest score by a batsman in the final of the tournament. Thanks to his century and half-centuries from Inform Samarth and Akshdeep Nath, UP finished the innings in the driver’s seat.

While it looked like it might be a hard-fought finale, Mumbai’s openers had other plans. The duo of Prithvi Shaw and Yashasvi Jaiswal unleashed hell upon UP bowlers as they brought up 89 in under 9 overs. Shaw collapsed for a blistering 73 off just 39 balls before Tare joined the party.

Coming in at three, the wicketkeeper-batsman scored 118* off 107 balls as he saw his side over the line. Shivam Dube too joined the party with his 42 off 28 balls as Mumbai lifted their fourth Vijay Hazare trophy.

Shaw, who lifted his first domestic trophy as Mumbai captain, thanked the whole team for their efforts. Shaw broke numerous records this season of the tournament as he amassed 827 runs in just eight games.

“Everyone contributed in this tournament, it wasn’t an individual. From the support staff, the players, this trophy goes to everyone. Tare batted so well today. It could have gone anyway in that situation and everyone was happy for him because finishing isn’t easy.”

“I have been captaining from a very young age. I have captained under-14s, under-16s, under-19s, India A and I enjoy this process. It was difficult in Australia, and the only thing I wanted to do was go back and work hard, fill the gaps and come back strongly,” Shaw said in the post-match presentation. 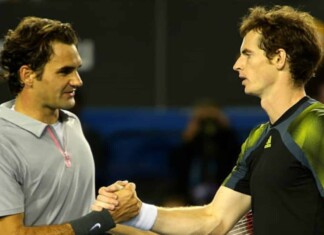