by Saivee Phatak
in Gymnastics 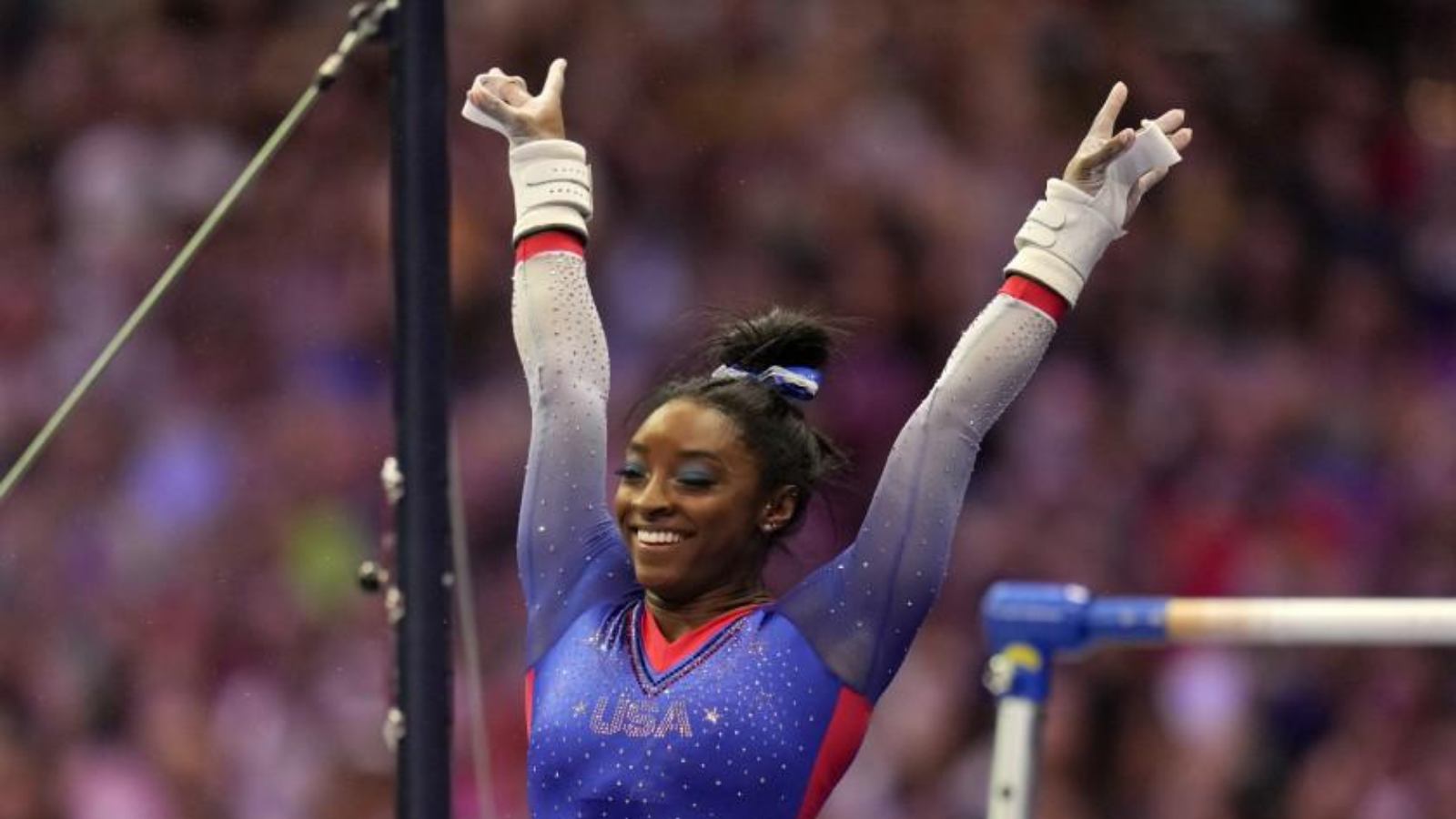 Simone Biles has almost confirmed her spot at the Tokyo Olympics, with her stellar performance on the first night of the US Olympic Gymnastic Trials. With no surprise, at the end of the nigh Biles was atop the leaderboard, with 60.565 points, while her teammate Sunisa Lee was almost 2.5 points behind her, at 57.666.

Biles has dominated the field since the first rotation, showing off difficult skills executed almost perfectly. The defending 2016 Olympic champion showed the world yesterday why she was one of the greats.

In an interview with NBC, Biles said, “Going into this [Trials], I know exactly what to expect. And I’m a lot more emotional this time around, which is so crazy. Even walking out, I was like tearing up and crying and the girls were like, ‘Are you OK? And I’m fine, it’s just I can’t believe the time is here. It’s been five years. I’m grateful.”

Biles started of her night rotation with her weakest event- the uneven bars. But after scoring the 3rd highest points of the night, she showed that the bars could hardly be called her weakness.

She then moved on to the beam, where she performed a dismount named after herself, the Biles. She shined with a score of 15.133 and Nastia Liukin, the 2008 Olympics all around gymnastics champion summed it up perfectly by saying, “the greatest of all time.”

In the third round, she was onto her favourite event, the floor exercise, and needless to say, she proved she was the best. She performed another exceptional skill named after her, another Biles, a mind blowing triple-double in her opening pass. This performance left the crowd excited and blown away, as she showed her flexibility and strength.

She finished off this triumphant night with the vault event, by doing the Yurchenko double pike. She performed the third Biles move of the night, and the Amanar, to finish off the last rotation. These were not even the most difficult vaults she performed, yet they were high enough to garner a score of 15.466.

Simone Biles has ended the night perfectly and the world cannot wait to see what she can to tomorrow. Her teammates Sunisa Lee, Jordan Chiles and Mykayla Skinner are in 2nd, 3rd and 4th place respectively. Everyone delivered stellar performances at the trials, but at the end of the day Simone Biles showed the world why she is the Greatest of All Time.