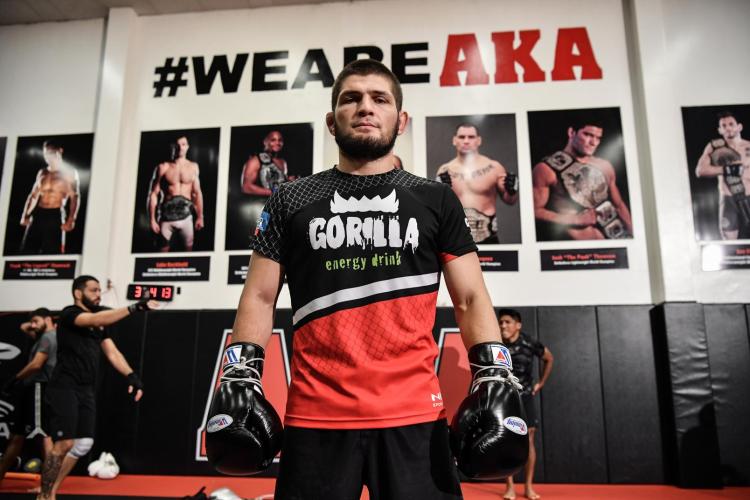 Khabib Nurmagomedov says he remains unsure of how the loss will impact his performance. He will enter the world title fight without the prior guidance of his father and trainer Abdulmanap.

The death of the patriarch

The patriarch of the Nurmagomedov family passed away on July 3 after he experienced complications following a COVID-19 diagnosis. The loss was a cruel one for Khabib.

Abdulmanap, he says, was more than just his father or his trainer – he was a friend and a crucial cog in the extended success that Nurmagomedov has experienced in his career thus far.

Speaking early Friday at a press conference in Moscow, Khabib detailed his grief after the passing of his father and outlined exactly how important Abdulmanap was to him. “Everyone has losses. He is very close to me,” Khabib said.

“He was not only my father, but my coach, and always stayed close to me. It’s a very heavy loss. He wasn’t just my father, he was my friend, my coach. Of course, I’m thinking about him.”

“We’ll see how it goes, how it will affect my performance,” Khabib said, also detailing how he feels his father would have approached this particular octagon assignment. He always had advice for me,” he explained. “He was quite critical. He didn’t talk much but he would have said that if you decided to fight, then get ready for the fight.”

“It’s never 50-50. So if you decided to fight, get ready. Train as hard as you can. We were very close to my father. We weren’t just father and son. He was my friend, he was my coach.”

And, perhaps worryingly for the rest of the UFC’s lightweight fold, the 28-0 Nurmagomedov says that the recent situations in his personal life could, in fact, give him an added level of motivation to fuel the rest of his fight career.

Nurmagomedov is scheduled to return to the cage in October where he will defend his 155-pound UFC lightweight title against interim champion Justin Gaethje. But Khabib is aware that this particular fight will take place without one of his primary influences, and the man he knew him best.