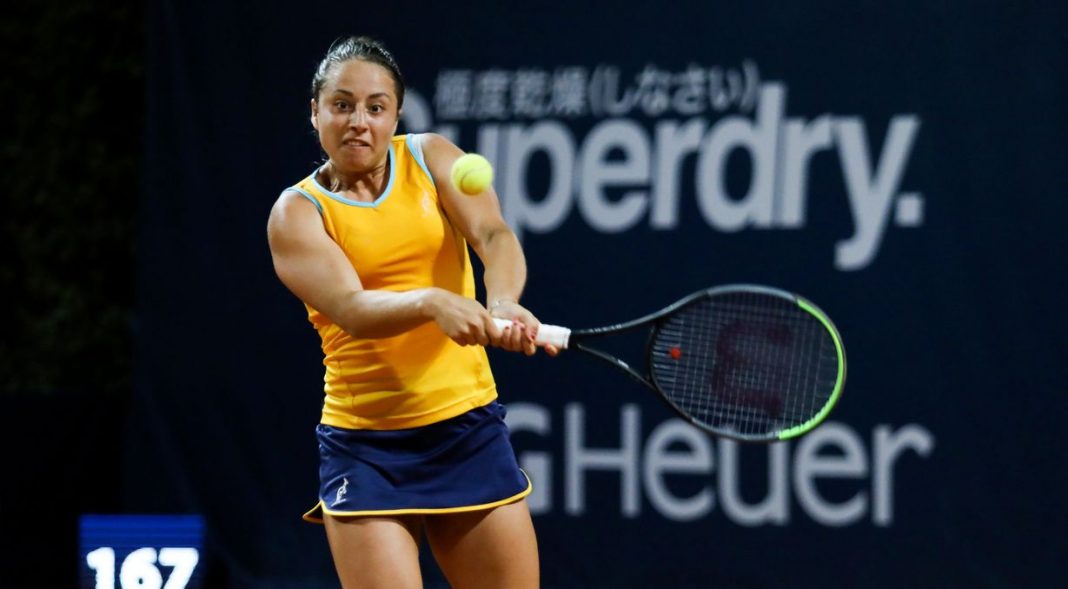 It was an eventful second round of fixtures at the WTA Palermo Ladies Open in Italy. 19-year-old Elisabetta Cocciaretto shocked No. 6 seed Donna Vekic while former French Open finalist Sara Errani needed to dig deep and produce a brilliant comeback victory over Kristyna Pliskova.

Wildcard Elisabetta Cocciaretto continued the wave of Italian success at the 31st Palermo Ladies Open as she stunned No.6 seed Donna Vekic to reach her first WTA quarterfinal.

Cocciraretto was coming off of an already impressive result in the first round, which saw her defeat World No.45 Polona Hercog.

She continued her breakthrough run against Vekic, dominating the match across both sets to record a 6-2, 6-4 victory after an hour and 35-minute battle.

“She’s one of the best tennis players of the moment, so it was a pleasure to play against her. I’m so happy about the win, but especially so happy with how I played tonight.” Cocciaretto added.

Cocciaretto awaits the winner of the match between No.4 seed Anett Kontaveit and Laura Siegemund for a shot at her first WTA semifinal.

Ferro navigated through a tense opening set to score her second career win over a Top 30 player to reach the last eight after one hour and 49 minutes on Center Court.

“I think it was a good match from me today,” she explained after the match. “I had a slow start because she has really powerful shots. So it took a bit of time to get used to this. It got better and better from me, so I’m very happy with my performance today.”

Ferro will next take on former French Open finalist Sara Errani, after the latter produced a spirited comeback victory over the big-serving Kristyna Pliskova.

Errani is back into the quarterfinals at the Palermo Ladies Open for the eighth time after this thrilling win.

After starting the match losing 13 points in a row, Errani showed her grit to turn around a set deficit to dispatch Pliskova 3-6, 6-4, 6-3. Errani’s win extends her long history clay-court dominance, recording her tour-leading record 180th career win on clay.

“I’m not worrying about the ranking, I’m not thinking like that,” Errani told press via video chat. “I know that these are the last years of my career, so I’m just trying to enjoy every match and try to be relaxed to play my best. To be on the court, free of too many fears, like I’ve had the last two years… now I just try to enjoy every match.

“I want to try to of course give my best and reach my best level, but I’m not thinking too much [ahead].” she added.

Meanwhile, former World No.30 Aliaksandra Sasnovich scored an emphatic 6-0, 6-2 victory over an in-form Jasmine Paolini to reach the quarterfinals at the 31st Palermo Ladies Open.

“I played very well in the first set because I knew how to play against my opponent,” she said during her on-court interview.

“I’ve seen a few matches of hers, and she’s a really great player. I think the Italian public really likes her, and I like her, too, because I like how she plays!” she added.

Sasnovich will next play either top seed Petra Martic or qualifier Ludmilla Samsonova, who will face off on Thursday.