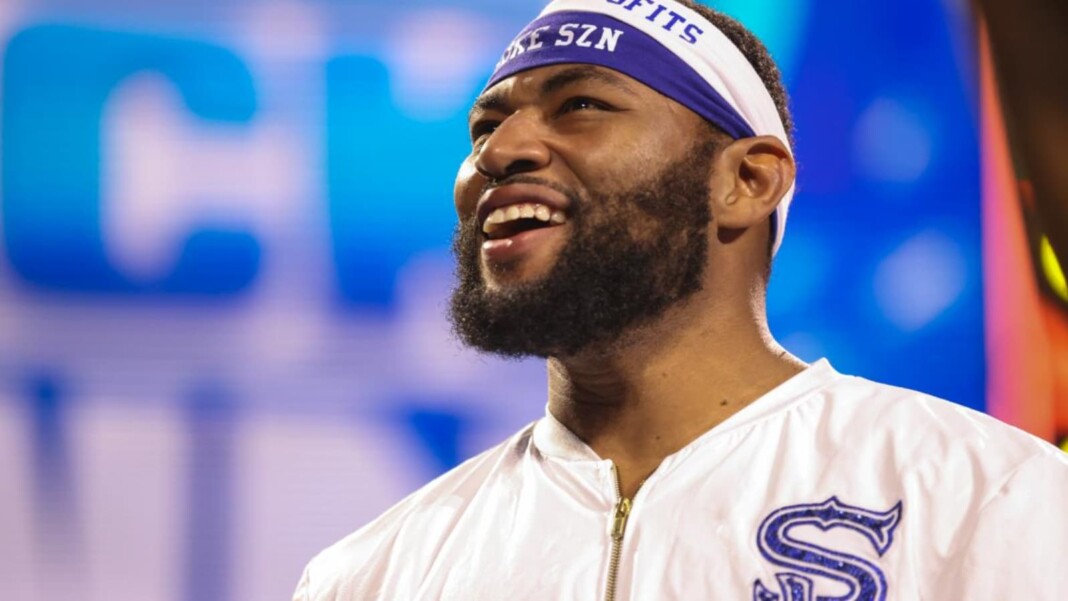 Gary Gordon is an American Professional wrestler and was born on July 24, 1990. He is currently signed with WWE and performs under the ring name Angelo Dawkins and is one-half of the team Street Profits.

Dawkins has always performed as a part of the tag team Street Profits. He debuted with his partner Montez Ford in the year 2016. The two stepped foot in NXT and shocked the world with their skills following which they became the NXT Tag Team Champions.

In 2019, the two moved to Monday Night Raw and just when they hit the scenes, the WWE Universe started loving them. Soon, they became the Raw Tag Team Champions and then moved to Smackdown.

Angelo Dawkins net worth as per his WWE contract is estimated to be around $2 million. His salary is speculated to be $200,000.

Angelo Dawkins is married to his long-time girlfriend Grace Russo. The two welcomed their first child in the year 2020 but there are not much details about their family.

What is Angelo Dawkins’ real name?

Angelo Dawkins is married to Grace Russo and is a father of one baby boy.

What is Angelo Dawkins Net Worth and Salary?