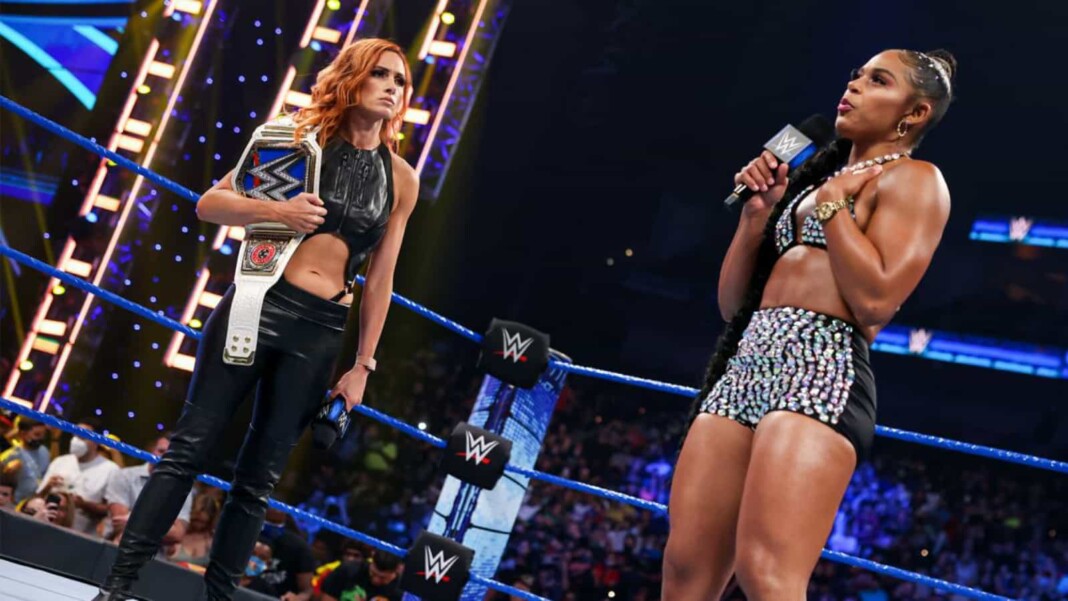 Bianca Belair will challenge Becky Lynch to regain the Smackdown Women’s Championship in mere seconds. WWE Summerslam 2021 was scheduled to feature Bianca Belair and Sasha Banks face each other in a WrestleMania rematch but Banks was unable to compete.

WWE then announced Carmella as the challenger when the Man returned and attacked her. She then challenged Belair for a match which the latter accepted and the match started. The match ended in 26 seconds where the WWE Universe saw Lynch land a man-handle slam to pin the champion and end her fairy tale.

Smackdown after Summerslam saw Belair defeat 3 women to get an opportunity at the Smackdown Women’s Championship at Extreme Rules 2021. Since then, the two women have been heating up their rivalry and have been engaging in war of words.

Who will exit WWE Extreme Rules 2021 as the Smackdown Women’s Champion?

It can undoubtedly be said that Bianca Belair has been working very hard to get to this level which has earned her a lot of respect. Some fans were furious for her loss at Summerslam but her opponent being Becky Lynch, paved a way to all that hard work go into drain in mere time.

Extreme Rules 2021 will likely see the same result. The pay-per-view is expected to see Lynch and Belair have a competing match but in the end, Lynch coming out as the Smackdown Women’s Champion. Sasha Banks could also return at the event revealing herself as the next challenger.

ALSO READ: What can happen in the match between Roman Reigns and Finn Balor?