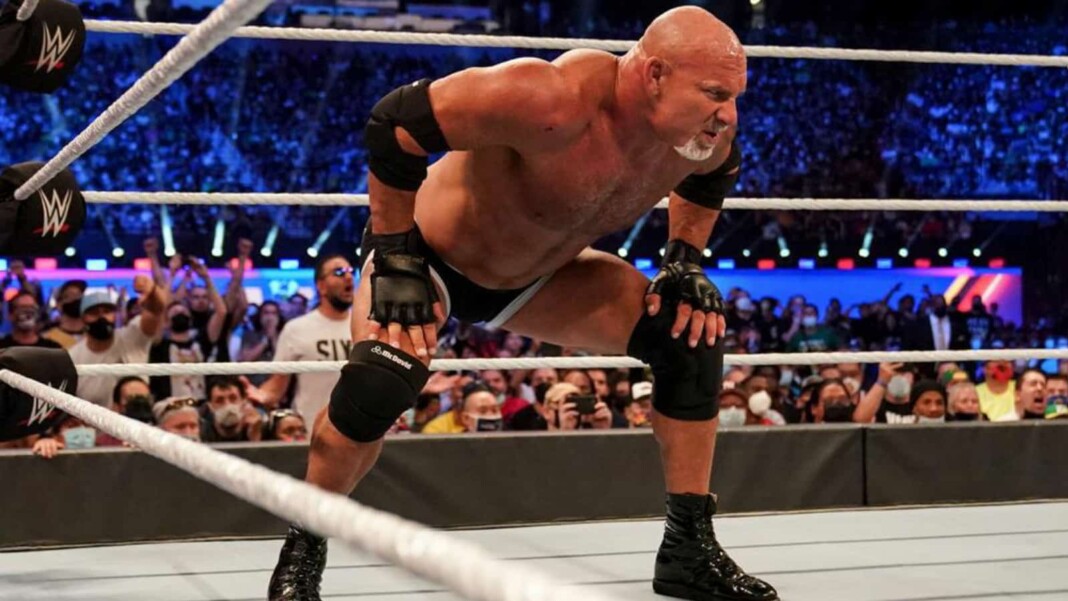 William Scott Goldberg is a part-time American Professional wrestler and is currently signed to WWE. He is a WWE Hall of Famer and has earned a lot of respect in his career. The Icon is a former Universal Champion and is known for his career in World Championship Wrestling (WCW). He is a former football player and has also been acting.

Though his WWE career has not been very long, his career has been very impactful. The legend started his WWE career with a rivalry with the Rock. The feud was not only entertaining but also a battle of power. The Icon has had feuds with a number of legends including Triple H, Undertaker, Brock Lesnar, and many more.

The Indomitable one has not won many championships in WWE, but has raised the bars for youngsters. His matches are not only action-packed but also show stealers. He is not only respected on-screen by superstars but is also one of the most respected superstars backstage.

He was inducted into the Hall of Fame class in 2018 and since then has been seen in many matches in WWE. The Icon has recently fought a number of matches and has made many surprising returns in the recent years.

Goldberg is married to his long-time girlfriend Wanda Ferraton. The two started dating each other while they were in college and then tied the knot in 2005. The couple has a son and he has been seen in WWE multiple times.

What is Goldberg’s real name?

What is Goldberg Net Worth and Salary?