“We can even talk some business,” When Stephen Curry artfully promoted his multi-million business on Dwayne Johnson’s television series 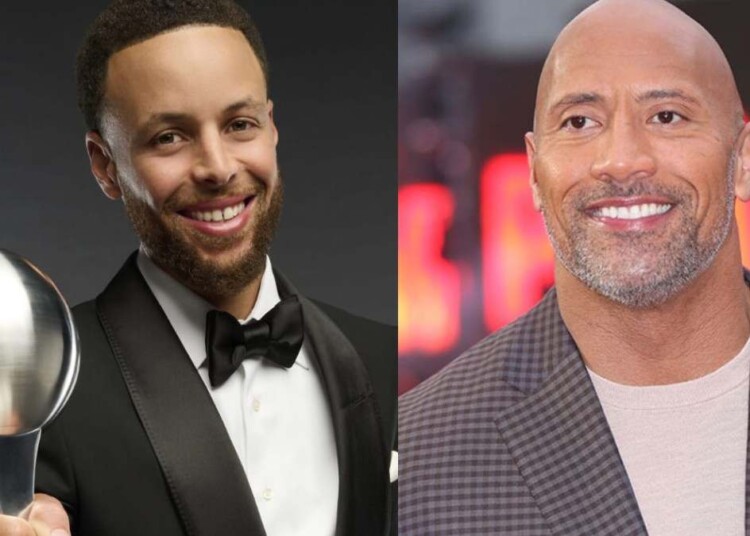 Stephen Curry and Dwayne Johnson are masters of their respective fields

Dwayne Johnson is a global icon. This too sounds like an understatement in regards to The Great One. He always remains tied up shooting for his upcoming ventures in Hollywood. One of his most popular television series, the Ballers, was skillfully used as a medium for advertisement by Stephen Curry, in 2017.

Curry, who’s widely regarded as the greatest shooter in NBA history, is a pretty organized individual. The current Golden State Warriors player launched a startup, back in 2016. In a sight to revolutionize the social media platform for celebrities, the 34-year old kicked-off the business with Bryant Burr, his co-founder. The latter publicly appreciated the vigorous efforts being put in line by Golden State Warriors point guard.

However, something prompted Curry to take his venture to the next level, and in 2017, he pulled the trigger. While making a cameo appearance on The Ballers, Dwayne Johnson’s comedy-drama series, the 2-time NBA’s most valuable player brought Slyce in notice.

While getting some good time conversation with Dwayne Johnson, the 8-time NBA All-Star promoted his startup. In the video, Curry and his wife Ayesha, can be seen discussing their two-day vacation plans. Mrs. Curry asked Johnson to come join them in the Bahamas which Dwayne supposedly ducked at. However, Stephen Curry didn’t forgot mentioning his brand Slyce, in case The Black Adam actor has interest in.

Related : “They are pu**ies,” When Dwayne Johnson made an UNDAUNTED claim when asked about Marvel Avengers

Even though Dwayne Johnson usually finds himself in a schedule tied to his neck, he still finds some personal time. Yesterday, one of his co-actors Chris Hemsworth posted an interesting reel on Instagram. In the video, the Men in Black actor can be seen meditating underwater.

The caption used by Hemsy intended to give a life lesson. In that, he implied how we shouldn’t let any distractions affect our goals. Being funny in a certain way, Chris was joined by Dwayne Johnson himself. The latter complimented Hemsworth’s toned body and chiseled abs, that too beneath water.

The Brahma Bull joked how he’ll never look likewise as Chris in that position. A point worth mentioning is that Dwayne’s very active in these funny banters, as of late. Also, he often buys some valuable time to please his couple of pretty daughters.

BREAKING : Vince McMahon officially returns to WWE’s board of directors

Major update regarding William Regal’s arrival in the WWE