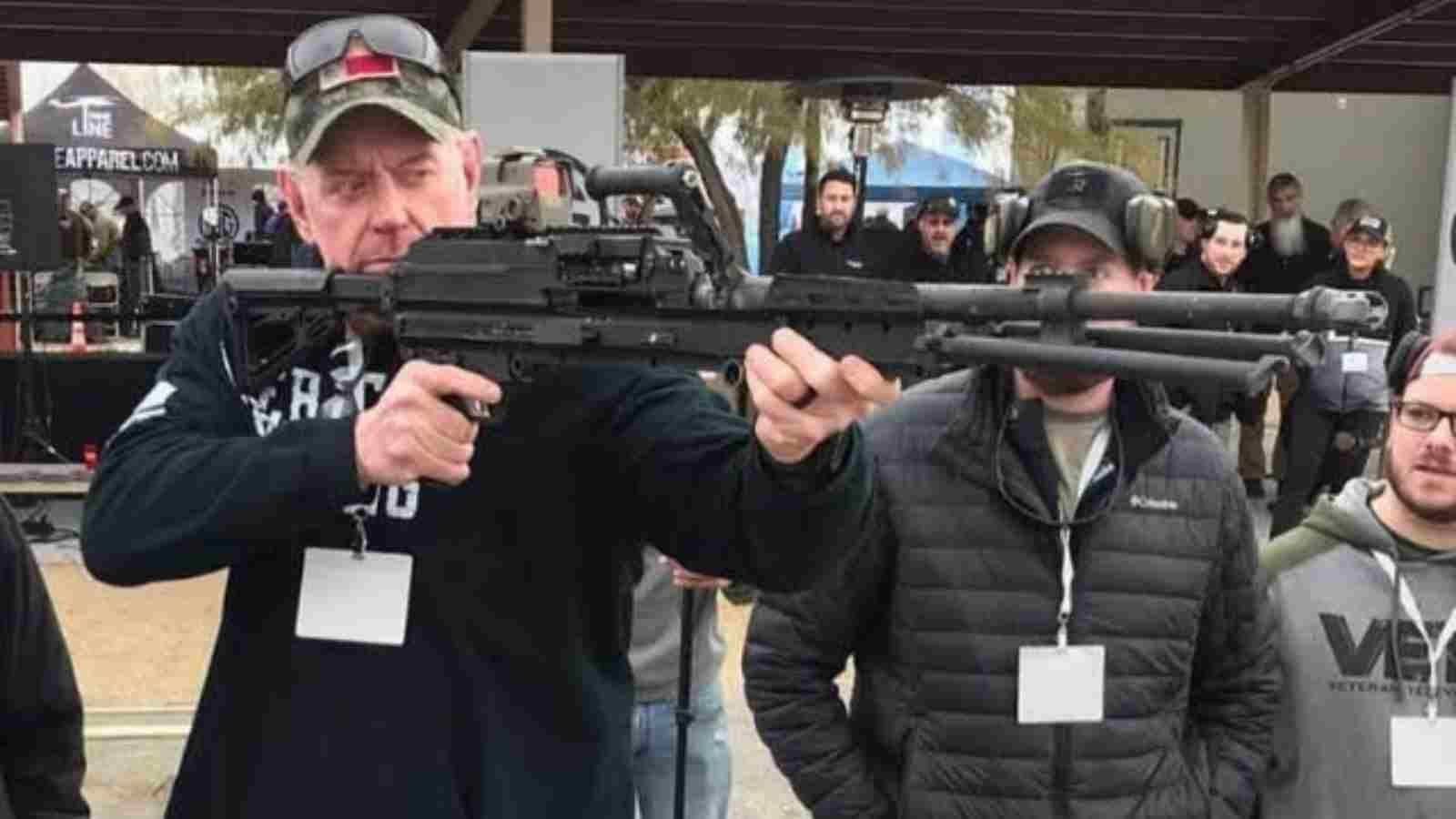 Imagine Sneaking up on WWE Legend The Undertaker’s house at night to find a huge metal safe. While as thieves you might think that you have found something invaluable from The Deadman’s vault but to only find that you have been trapped as the safe is filled with various weapons. Pistols, rifles, snipers, knives, you name it and have it.

One of the most iconic characters of all time in WWE, The Undertaker has often flaunted his love for guns and weapons. In fact, The Deadman has a whole customized vault dedicated to his invaluable collection of guns and different types of weapons. In a latest Instagram post, The Undertaker once again flaunted his unique collection but only to reveal another handy gadget that helps him to manage them.

The Undertaker thanked the safe maker Rhino Metals who had made a safe for The Deadman a few years back and further thanked them for providing Nightstands this time which also function as a safe. He also mentioned how the company provides good quality stuff and outdoes themselves every time they make something new.

Taker wrote- “Big thank you! A few years back @rhinometals made this incredible safe for me! Next level quality and functionality! Now they’ve outdone themselves with these nightstands that also function as safes!! Check out their website for all the products they offer! They do amazing things with metal #madeinamerica #usa #2a @ninelineapparel @thegodfather @joerogan @rhinometals @wwe @steveaustinbsr @kimberamerica

In 2018, On the occasion of Father’s Day, The Deadman’s wife Michelle McCool had gifted a lethal beauty to The Undertaker. It was none othe than a gold plated customized sniper rifle for The Phenom. This was first time when Undertaker had revealed that he had a customized safe to keep his guns and this one was indeed a special one for him.

The Undertaker announced his retirement in 2020 with Survivor Series being his last in-ring appearance in the company. The retirement marked complete 30 years for the legend in the business and thus indicating that it was now time for The Deadman to hang up his boots. Nevertheless, The Undertaker is now enjoying his second phase outside the squared circle as he is spending quality time with his family and practising his hobbies.

Also Read: “He doesn’t know how to wrestle”: Shane McMahon gets dragged for “Hot-Shotting” Wrestling Business by former WWE Star