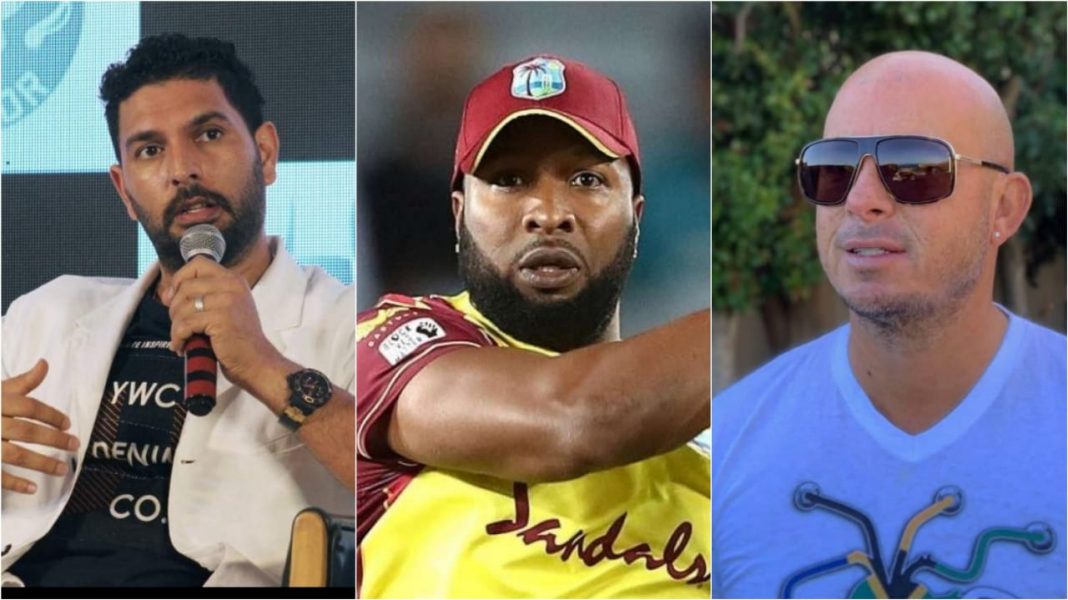 West Indies’ T20I skipper Kieron Pollard scripted history today when he became just the second cricketer to hit six sixes in an over in T20I cricket when he took on Sri Lankan spinner Akila Dananjaya in the first T20I between West Indies and Sri Lanka. What made the incident even more remarkable was that Dananjaya had taken a hattrick in his previous over, removing Evin Lewis, Chris Gayle and Nicholas Pooran.

He was however, brought back to life by some brutal hitting from Pollard who batted in the over like he could do no wrong. Even as the bowler tried switching up things after the first two or three balls, the Windies all-rounder was up for it as he kept launching balls into the stands. By the end of the over, he became the second in T20Is and third in international matches overall to hit six sixes in an over, after Herschelle Gibbs and Yuvraj Singh.

Herschelle Gibbs who in 2007 became the first cricketer to hit six sixes in an international match when he achieved it against Netherlands, took to Twitter to react to Pollard’s achievement and also noted an important connection in all three players who had done it. He stated that the three had played for the Mumbai Indians (MI) franchise in the Indian Premier League (IPL) at some point in their careers. He wrote, “1.2.3 @mumbaiindians representing first 3 to hit 6x6s in international cricket. Welcome @kieron.pollard55”

Yuvraj Singh then reacted saying, “Welcome to the club @KieronPollard55 #sixsixes you beauty!!!”

Pollard’s knock helped West Indies win the match and take a 1-0 lead in the three-match series.