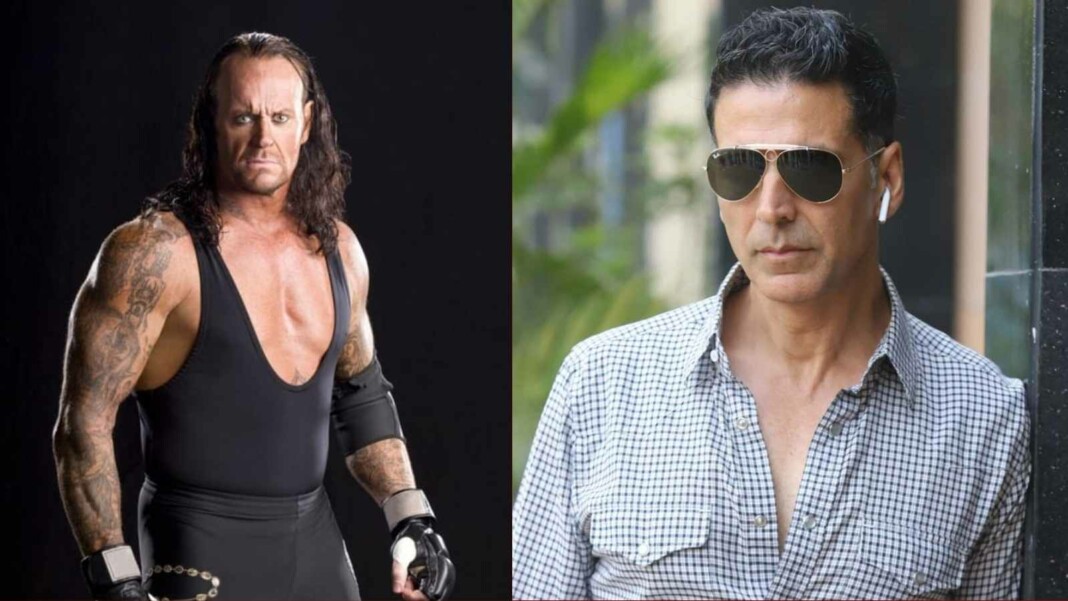 The match between The Undertaker and Akshay Kumar in the latter’s movie Khiladiyon Ka Khiladi would be remembered forever by Bollywood and WWE fans alike. And it was last Sunday, Akshay Kumar had taken to social media to celebrate 25 years of his super hit film Khiladiyon Ka Khiladi which was released on June 14, 1996. The film saw some captivative action sequences between The Undertaker, played by Brian Lee.

As most of the fans are not aware of who Brian Lee was, Akshay revealed that it was not the real Undertaker who had played the role of himself in the action film. Akshay revealed this to mark the 25 years of Khiladiyon Ka Khiladi on a hilarious note, also shared a meme featuring himself, Brock Lesner, Triple H, and Roman Reigns, which reads, “Raise your hand if you have defeated The Undertaker.”

The “Real” Undertaker challenges Akshay Kumar for a rematch

While the people on social media were having a good time sharing the meme, they went absolutely berserk when the “Real Undertaker” decided to join the party. The deadman replied in a witty manner challenging Akshay Kumar, who defeated Brian Lee (Undertaker in the film), to a rematch. The Deadman wrote:

“Ha! Tell me when you’re ready for a REAL rematch!”

Akshay Kumar responded to the Undertaker and did not seem to be interested to put his record against the Deadman in jeopardy. The Bollywood actor assured to get back after checking on his insurance.

WWE India took note of Undertaker’s challenge and tagged Gulshan Grover, who played Undertaker’s counsel in the film, in a tweet and congratulated him for the great idea to engage Akshay and the Phenom against each other.

Also Read: 10 unseen pictures of The Undertaker that define his life outside the WWE ring