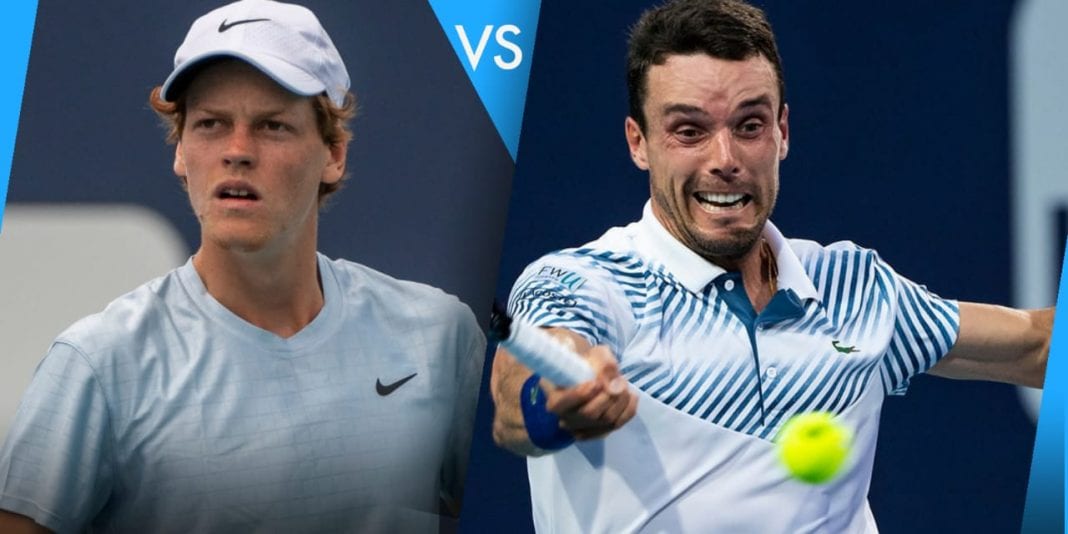 The young Italian comes into this match with plenty of practice. After reaching the finals of the Miami Masters, Sinner has been brimming with confidence. Although he lost early in Monaco to Novak Djokovic, he showed plenty of promise on clay too. He comes into this match after beating Egor Gerasimov in straight sets in the second round. For the year, he is 16 wins to 8 losses.

Meanwhile, the veteran from Spain is a master on clay. His defensive and enduring style of play suits is ideal for the surface. He comes into the match after beating fellow countryman, Pablo Andujar in three sets. Agut made the semis of the Miami Masters, and later went down to Andrey Rublev in the third round of Monte Carlo Masters. Similar to his next opponent, he has 16 wins to 9 losses for 2021.

These two have already met twice on the tour this year. On both occasions, the Italian came out trumps in three straight sets. The first match was in Dubai, followed by the Miami Masters. This will be their first ever meeting on clay.

Sinner has form, confidence and the right attitude to get the desired results. Moreover, his all court play, even on clay makes him an exciting prospect.

On the other hand, Agut has played plenty of matches on clay in his career and that experience will help him during tough moments in this match.

Expect a close encounter, with momentum swinging from one side of the net to other. This could be a match-up between a young shot-maker and a dogged counter-puncher. Has all the ingredients to be a classic. A three-setter awaits us all.