Barbora Krejcikova continues to dominate the Tour in Doubles while also making consistent runs in singles making her one of the most popular players in the Czech Republic. 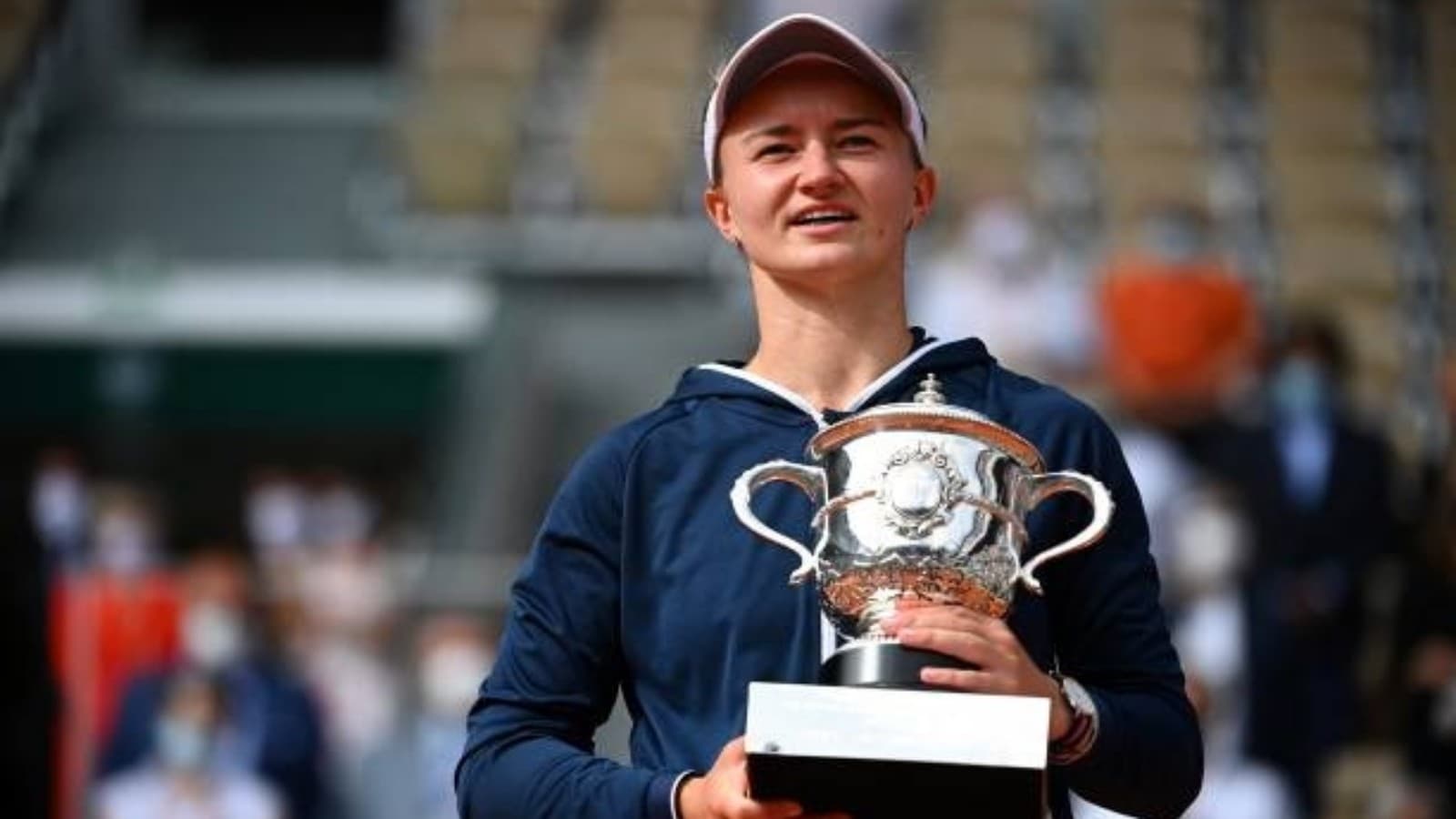 Barbora Krejcikova is a Czech professional tennis player having a career-high singles ranking of World No. 2 achieved on 28 February 2022. She became World no.1 in doubles on 22 October 2018. She started playing tennis when she was only 6 years old. Krejčíková has won five singles and 14 doubles titles on the WTA tour. These include her two at the WTA 1000-level in doubles.

She has had an amazing career winning a whopping 10 Major titles across disciplines. She won a rare historic double at the 2021 French Open winning both the singles and doubles titles. She is one of the only 4 active players who have a Grand Slam title in all three different disciplines namely singles, doubles, and mixed doubles. The other three women to do that are Serena Williams, Venus Williams, and Samatha Stosur.

Barbora Krejcikova has been an excellent player in all disciplines of the sport having claimed Grand Slam titles in singles, doubles, and mixed doubles. This success has helped her bag many deals. She is one of the most famous tennis players in the Czech Republic. Her career prize money going into the 2023 season was more than $8.5 million. This along with her various endorsements has taken her net worth to an estimated $15 million.

Krrejcikova has a clothing, shoe, and racquet sponsorship contract with Head along with CEP which makes sports accessories such as compression socks, and bandages. Her other current sponsors are Nutridata, Kine-MAX, Fyzioterapie – Jakub Veskrna, and Enervit.

Barbora Krejcikovas’s parents are Karel Hradecký and Pavla Hradecká; while there isn’t much about Barbora’s dad Karel, she did mention her mother Pavla is her biggest supporter as she has been with her in the court from day one.

Barbora Krejcikova has remained very private about her personal life. She is believed to be currently single as she has not made her relationship status public incase she is dating someone.

Krejcikova is being coached by Aleš Kartus and her previous coach was Petr Kovačka, a former professional tennis player from the Czech Republic.

Q. Where is Barbora Krejcikova’s house?

Q. When was Barbora Krejcikova born?

Barbora Krejcikova was born on 18 December 1995.

Q. How Tall is Barbora Krejcikova?

Q. How much is Barbora Krejcikova worth?

She is worth around 15 million US Dollars.