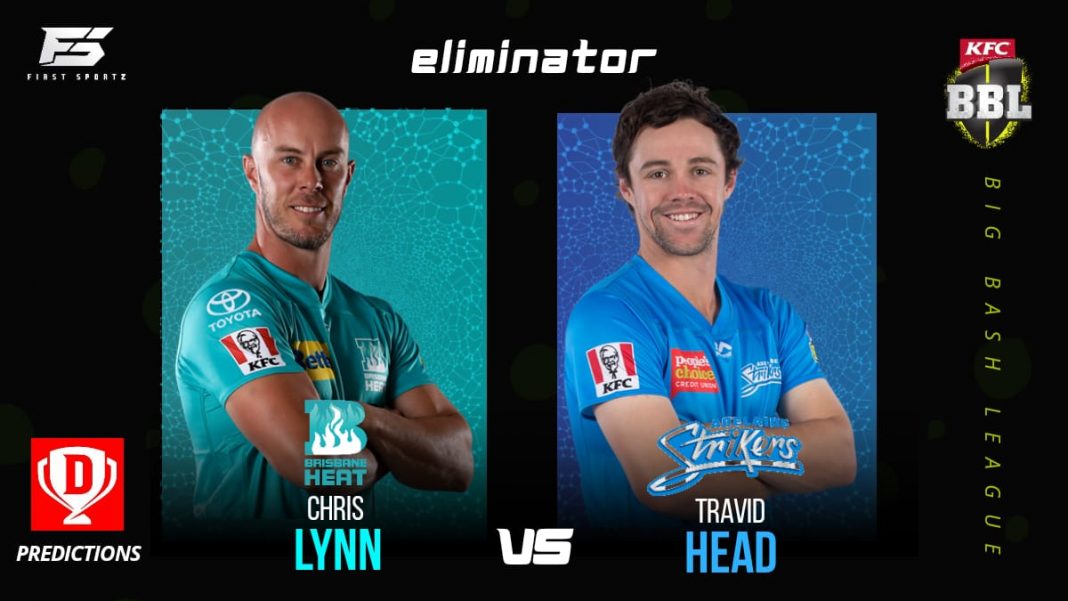 The eliminator of Big Bash League (BBL) 2020-21 will take place between Brisbane Heat (BRH) and Adelaide Strikers (ADS). Both the sides will play this clash on January 29 (Friday) at The Gabba (Brisbane Cricket Ground) in Brisbane. The game will kickstart at 1:45 PM (IST) onwards.

Chris Lynn-led Brisbane Heat finished at the fourth spot with 29 points against their name. On the other hand, Travis Head’s Adelaide Strikers were placed just a spot beneath with 28 points at the end of the league stage. However, ADS won both the clashes that took place between these two sides earlier this tournament.

The Heat are coming to this game after winning their last league match against Perth Scorchers. They registered a nail-biting victory by six runs with the help of all-round efforts from Marnus Labuschagne. On the other hand, the ADS suffered a one-sided defeat against Sydney Thunder in their previous encounter.

Let’s look at our fantasy 11 predictions for this clash and here are top picks for BRH vs ADS.

Here are our three picks for probable Dream11 Fantasy captain for BRH vs ADS:

Here are our three picks for probable Dream11 Fantasy vice-captain for BRH vs ADS: