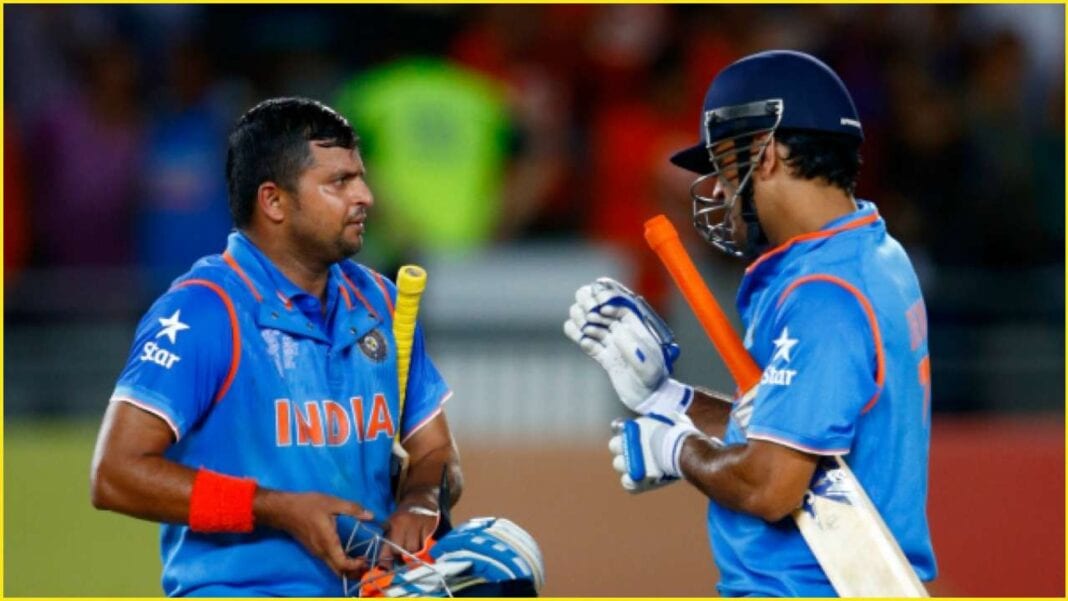 Raina too took to Instagram to announce his International retirement, He wrote, ”It was nothing but lovely playing with you, @mahi7781 . With my heart full of pride, I choose to join you in this journey. Thank you India. Jai Hind! ??”

Arguably among India’s finest T20 batsmen, Suresh Raina stormed into the international scene as a teenage prodigy during the Greg Chappell regime. The left-handed Indian Veteran, the former highest run-scorer for India in T20’s has retired from the sport, internationally. The only Indian to join the elite of players having scored a century in each and every format. Suresh Raina has scored 7 hundred in his career, including 5 in ODI’s and 1 each in Tests and T20s.

The 33-year-old Muradnagar Player, was known for his demolishing finishes and quick scores in the limited over format. Raina would surely be one of the picks for the best No.4 Batsman ever played for Team India. He had an astonishing strike rate of, 135 in T20 and more than 93 in ODI’s. He was always backed up by Mahendra Singh Dhoni, even though when he was not able to perform well.

Raina last started in an ODI and T20 in 2018 in the England Tour. He was not just efficient with the bat but also with a bowl, taking 13 wickets in just 27 innings that he has bowled. With an economy of just over 7, which should be considered good for a part-time bowler. Even in ODI, Raina has 36 wickets against his name, at an economy just over 5.

Suresh Raina will be hoping to perform to best of his capabilities in the 13th edition of the IPL, which is started from 19th September and would want to prove that he still has the ability to perform on the highest level.