Golden State Warriors star player Stephen Curry has been in the run for MVPs this season. He’s been performing pretty well this season. He’s averaging at 27.1 points, 5.4 rebounds, and 6.0 assists per game. The two times MVP has managed to get his team to the 1st-second spot of the Western Conference standings with over 25 wins and only 6 losses.

Recently Stephen Curry broke the record of NBA legend Ray Allen and became the top three-point leader in NBA history. This outstanding achievement happened in the Madison Square Garden on Tuesday night. Having this ground-breaking record set with less than 500 games from Ray Allen, Curry made it clear that he is the Best Shooter of All-time.

The three-time NBA champion Stephen Curry is considered as the new era of open court dominance, transforming the game of basketball from the inner paint “big man” to now open court shooting. Everyone in the league accepts the fact that the game has changed drastically over the years since the arrival of Stephen Curry, and even the fans have now acknowledged the same.

But it seems Boston Globe columnist Bob Ryan doesn’t see it in that way, in an interview with CNN he continuously criticised Stephen Curry for his style of playing basketball.

He expressed his opinion on Stephen Curry’s shooting approach to the game and argued that Curry has irreversibly ruined the game of Basketball. He calls his style of play an “abomination” and goes on to accuse him further by saying he has distorted the game at every level.

He presented the case by suggesting that this wannabe Curry generation is driving the game towards the category of “unwatchable” by letting the game away from the hoop. He offered this argument on the basis of his 75 years of experience watching the game of basketball.

Also read: Born Ready is back in the league as Atlanta Hawks sign…

Further in his argument, he said “Too many people are trying to imitate Curry but will never be him and it’s distorted the game at every level. The problem is, he’s so likable. There’s everything to like about him. He’s a wonderful person. I admire him, I got an email from a local youth coach saying he’s reading part of my column to his kids because all they see is these eight, nine and 10-year-olds cranking up threes. That’s not the way to play basketball.”

It seems from his argument that his beef is more with the number of three-pointers being made in the game.  “I have an orthodox view of how the game should be played,” Ryan said. “Those of us who remember basketball before the three-point infested the game, destroyed the rhythm of the game, eliminated the low-post play, eliminated a lot of the good passing sequences, would like to see the three-point shot abolished.”

Though it has been late to now talk about the number of three-pointers in a particular game because it has been visible for more than a decade now. And as for Stephen Curry, accusing him of others’ approach to the game is just now fair as everyone in the game comes with their own style of playing. But certainly, it is now quite clear that like Michael Jordan, Stephen Curry has transformed the game of Basketball.

Also read: “Joel Embiid is the best big man in all of the… 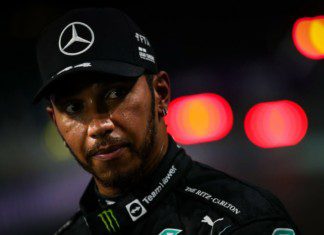 Rishabh Negi - January 22, 2022
Jacques Villeneuve the former MotoGP rider and 1997 world champion has recently given his view on the whole Lewis Hamilton retirement saga. It has been...