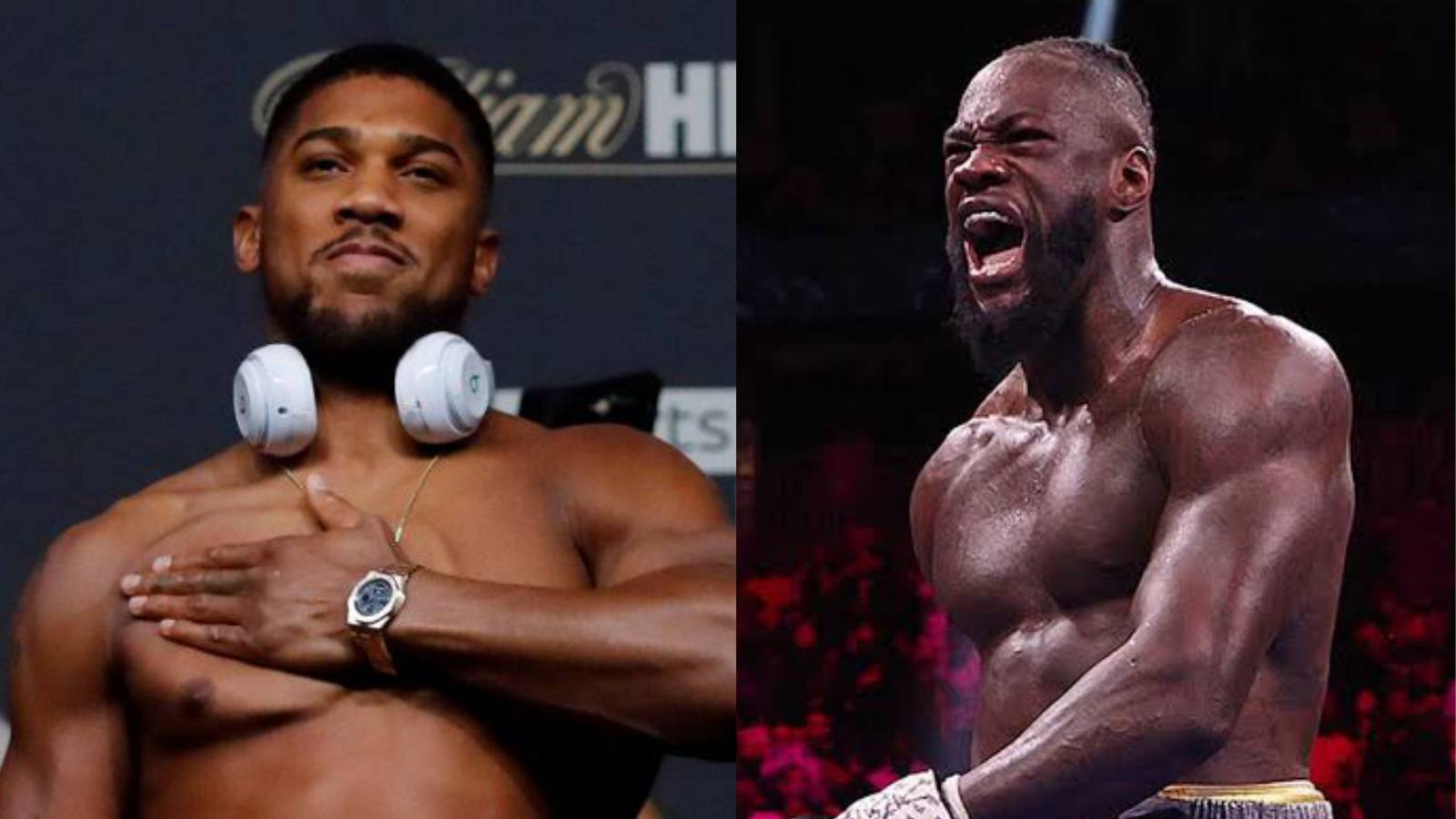 Anthony Joshua has been a massive figure in British boxing. Through his performances in the ring, Joshua has accumulated both fame and fortune. Even though Joshua started boxing pretty late in his life, ‘AJ’ beat some massive odds to emerge as one of boxing’s biggest names today.

His first massive breakthrough in the ring came when the Britisher managed to win a gold medal in the 2008 Olympics. Since then, he went on to have prolific professional career as he laid claim to the prestigious WBA, WBO, IBF, and IBO heavyweight titles. ‘AJ’ holds notable wins over the likes of Wladamir Klitschko, Alexander Povetkin, and Andy Ruiz.

However, before his second fight against Andy Ruiz, an advesary of Anthony Joshua made a massive claim against the British boxer. Deontay Wilder, who was in negotiations to fight Joshua said the British fighter wouldn’t compete against him.

Related: Oleksandr Usyk overcomes Anthony Joshua in a brutal 12 Round back and forth Battle

Until 2019, Anthony Joshua enjoyed an undefeated boxing run which saw him amass a record of 22-0. However, that year made ‘AJ’ taste his first defeat as he was stopped by Andy Ruiz in round seven of their fight. With revenge set on his mind, Joshua began preparing for a quick rematch against the Mexican that was set to take place in Saudi Arabia.

While Joshua was busy preparing for the rematch, the 2008 Olympic gold medalist received some harsh comments from Deontay Wilder. ‘Bronze Bomber’ mentioned that Joshua’s team never wanted ‘AJ’ to fight Wilder. He said, “They didn’t want to risk fighting me in the first place and this saga came about, teams going back and forth. We came out on top. What we were saying was true. Why they avoided me.“

Deontay Wilder, who at that time reigned as the WBC Heavyweight Champion of the world did not stop here. He further added, “If he wins [on Saturday], he’ll avoid me again. He ain’t gonna want to do that, they know what I possess.” (h/t Business Insider)

In his rematch against Ruiz, Joshua did prevail over the Mexican. Displaying an intelligent performance, ‘AJ’ recliamed his lost glory. However, since then, both Joshua and Wilder never met in the ring. But in the current times with both fighters on losing streaks, there is a huge chance that fans may see them share the ring.

Also Read: “Up the stakes” – Tyson Fury’s RING heavyweight belt to be claimed by winner of Oleksandr Usyk vs Anthony Joshua 2