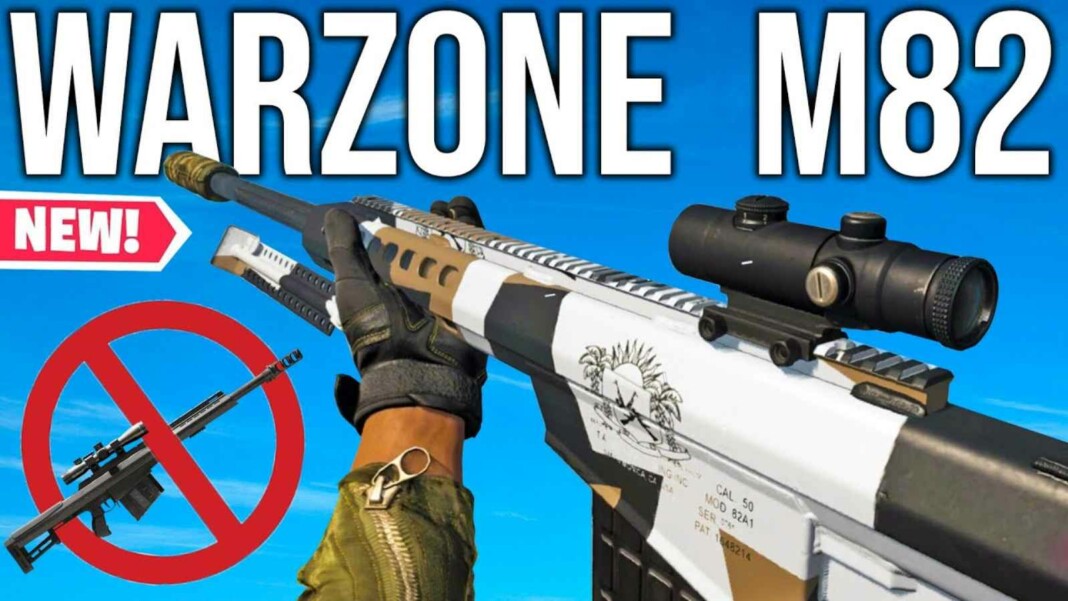 Call Of Duty warzone season 7 changes are forcing players to reconsider their assault rifle options. The best M82 Warzone Loadout can offer everything you need for the battle royale: accuracy, range, a fast rate of fire, and the potential to strap on a large magazine. The M82 setup for Warzone will give players a better shot at long-range fights, without making the gun impossible to use in closer ranges. The article will discuss the best M82 loadout for Call of Duty Warzone after Season 4 launched.

The M82 is scoring less in the tier although it guarantees deal high damage and has a fast rate of fire. It beats its successors due to its one-headshot kill ability, although it ranks less in many ways, including bullet velocity and bullet drops. Though not the best, it’s not the absolute worst and is a good choice for beginners. This sniper is the best choice with the right barrel if you want to take hands-on combat ranging long distances. The best Warzone M82 loadout is:

The Wrapped Suppressor is a Muzzle attachment available for Sniper Rifles in Call of Duty: Black Ops Cold War. It increases idle sway control, eliminates muzzle flash, and gives some vertical recoil control but at the cost of a reduced Aim Down sights time and slower bullet velocity. The Combat Recon barrel is a barrel attachment type new to Call of Duty: Black Ops Cold War available exclusively for Sniper Rifles, it gives increase bullet velocity at the cost of a worsened idle sway.

The Axial Arms 3x is an Optic class attachment in Call of Duty: Black Ops Cold War available for all Primary Weapons. It is a mil-dot telescopic sight that utilizes a fixed 3.0x magnification level giving better coverage of medium to long distance encounters. The SAS Combat Stock is a Stock attachment available for all NATO-related primary weapons and Shotguns. It gives greatly improved movement speed while aiming with a bit of movement speed while shooting but at the cost of hip-fire accuracy.

Finally, as the M82 is a semi-automatic sniper rifle, you’ll want to have a few more rounds in the mag. The 7 Rnd magazine is perfect as you’re capable of firing more shots down range without delay, and it offers no negative attribute. Sniper variant of the Stalker stock designed to improve target acquisition. Increased ADS speed for a bit of aiming stability. Mostly used to balance out other attachments. Players could run Overkill as your second perk and grab the best call of duty warzone mid-range guns to complement your sniper powers.

Also, Read – Call Of Duty Warzone: Everything You Need To Know About M.O.A.B Bundle