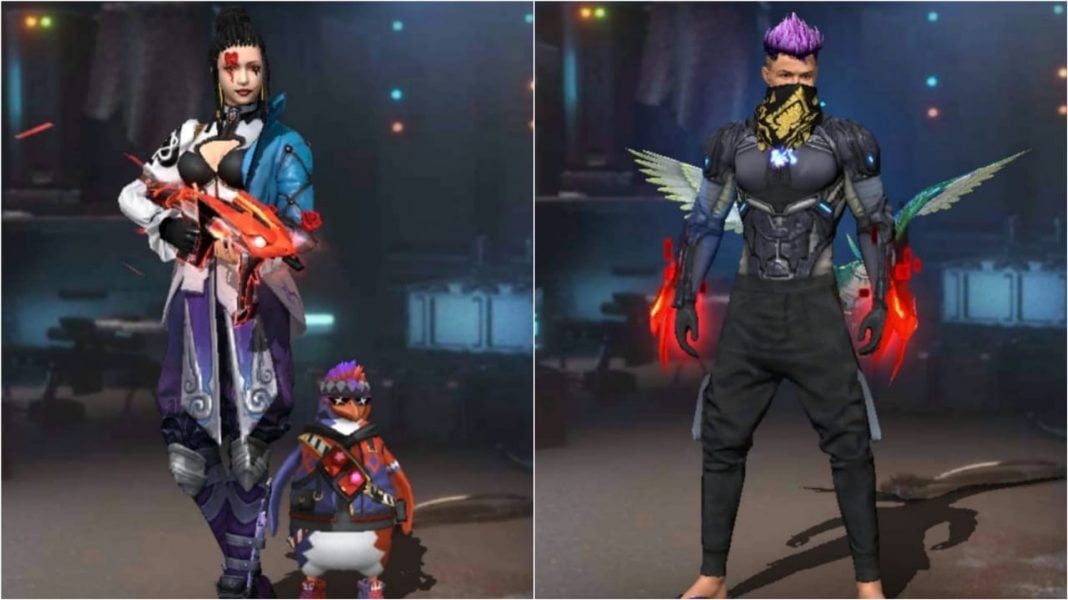 The global success of Free Fire has been able to attract a massive player base for the game. It also received the likes of many content creators as well. Ajjubhai and AmitBhai are arguably two of the most celebrated Free Fire content creators on YouTube. Together, they boast over 30 million subscribers in the platform. This article takes a look at the collation of Ajjubhai vs AmitBhai in Free Fire.

Ajjubhai is a complete superstar when it comes to Free Fire gameplays. He now has over 21 million subscribers on the platform. Furthermore, he has played a total of 10901 squad games and won 2667 of them. Also, he has featured in 1671 duo games and won 310 matches. In the process, he has 6492 kills maintaining a K/D ratio of 4.16%. He has also been played 906 solo mode and has come out victorious on 79 occasions, maintaining a win rate of 8.7%.

In the ongoing ranked season, the popular YouTuber has been a part of 143 squad games and has clinched 45 of them. Furthermore, he has played only a handful of games in the other two modes and has a total Booyah count of 3 altogether.

AmitBhai is yet another illustrious Free Fire content creator. Desi Gamers uploads many interesting challenge videos, 1v4 gameplay, and many more. He has played 7976 squad matches and has won on 2197 occasions, converting to a win rate of 25.69. He has accumulated 20764 kills in these matches, with a K/D ratio of 3.90. When it comes to the duo mode, the popular YouTuber has played 4194 games and has triumphed in 732 of them, making his win rate 16.25%. In the process, he has registered over 11000 kills in the same. He has played around 3329 solo modes and won 270 of them.

He has played just 72 squad games in the current ranked season and won 17 of them. In the process, he has bagged 254 kills. Similarly, he has played just 16 games and is yet to win a single match in the same. However, in the solo mode, he has won 2 out of 9 games as well.

Both the players have incredible stats in Free Fire. However, when it comes to the ranked season, AmitBhai has comparatively played only a few games. So it is unfair to compare them based on the ranked stats. While taking a look at their lifetime stats, it is clearly visible that Ajjubhai is the clear winner when it comes to the squad mode. However, in the duo and solo modes, AmitBhai dominates over Ajjubhai, since he has a better win rate and K/D ratio. This was all about the comparison of Ajjubhai vs AmitBhai in Free Fire.

Also Read: How to obtain Unlimited Free Fire diamonds for 2021?

Mohit Kumar - April 11, 2021
After a successful sum up of the OB27 advanced servers, all eyes are on the Free Fire OB27 release date in India. The confirmed...