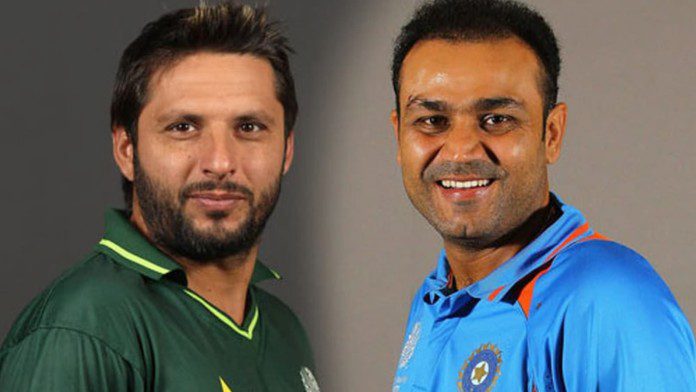 Legends League Cricket is all set for the inaugural edition of the much-anticipated tournament. Three teams will be participating in this edition of the tournament – India Maharajas, Asia Lions, and the World Giants. The First match of the tournament will be the INM vs ASL at the Al Amerat Cricket Ground, Oman on January 20. India Maharajas features legends and veterans of the Indian national team. The INM will be led by Virender Sehwag. With the likes of Yusuf Pathan and Yuvraj Singh in the line-up, fans can expect runs galore.

Their opponents for the tournament-opener, the Asia Lions, feature legends of the game from all Asian countries other than India. Led by Shahid Afridi, the Lions will look to have a winning start to the tournament. They are a strong bowling side, featuring the likes of Wasim Akram, Shoaib Akhtar, Muttiah Muralitharan, and Umar Gul. The presence of Sanath Jayasuriya, Tillakaratne Dilshan, and Shoaib Malik bolsters their batting unit. An exciting contest is on the cards as two of the tournament’s heavyweights battle out in the tournament-opener.

The wicket at Al Amerat Cricket Ground is a high-scoring one. The batsman will enjoy batting here as the wicket does not offer much to the bowlers. The team batting first will look on to post a total of 180+ on the scoreboard.

Conditions will be pleasant throughout the INM vs ASL contest. The temperature will be hovering around 24-28 degrees Celsius. There will be no interruptions in the game as the weather will remain clear.

Virender Sehwag has smashed 4061 runs at a strike rate of 147.83 in 1579 T20 innings, and he should be able to maintain that level of energy in this encounter. His ability to heat up the first ball boundaries will once again be admired, making him a must-pick in your fantasy team.

Sanath Jayasuriya has 683 runs at a strike rate of 129.15 in 37 T20 innings to his name, including great performances at top of the batting order, which should help him find form from the very first match. He can come in handy with the bowl also which makes him another good pick in fantasy teams.

Yuvraj Singh has played some memorable innings during his T20 career, scoring 4857 runs at a strike rate of 128.8 and taking 80 wickets in 231 T20 innings. His ability to score runs while also taking vital wickets in the middle overs makes him our top pick for this match.

Muttiah Muralitharan has consistently surpassed expectations in domestic and international cricket. He’ll be back in action with his bowling action and spin wizardry, demonstrating why he’s the master of his business.

Probable XI for INM vs ASL

Looking at the current form and team combination, BN-U19 is expected to win this game and keep their hopes of progress to the next round alive. The CAN-U19 will be looking for a consolation win.

Lakshya Chopra - May 15, 2022
World No.1 Novak Djokovic became only the 5th man in tennis history to win 1000 tour-level matches. This was after his semifinal victory at...