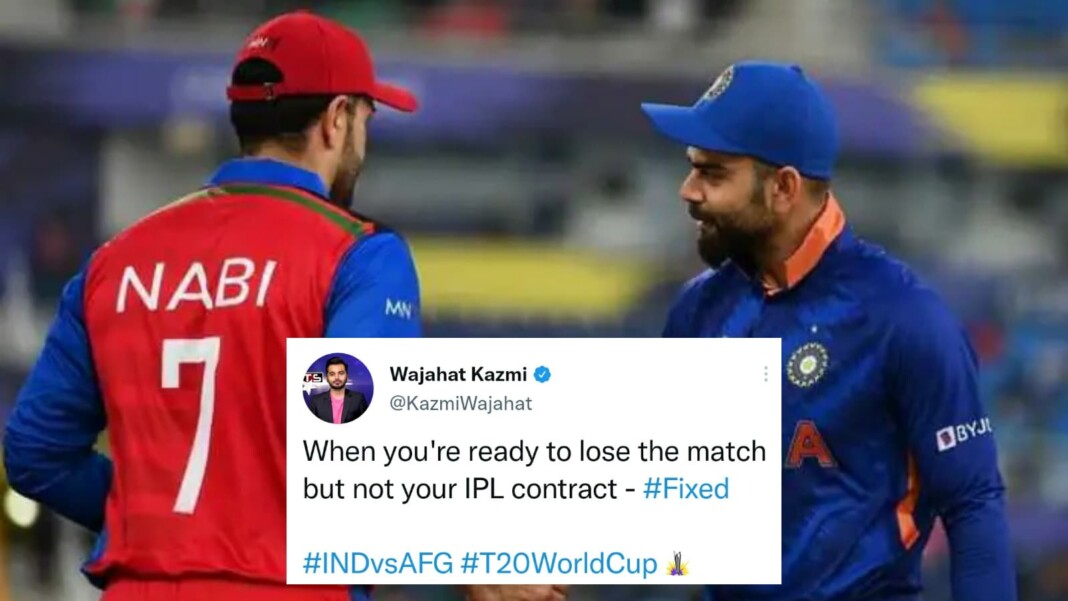 India were up against Afghanistan in a must-win encounter on Wednesday at the Sheikh Zayed Cricket Ground in Abu Dhabi. India lost their first two matches against Pakistan and New Zealand by ten and eighth wickets respectively. Thus, the team needed victory against Afghanistan by a good margin to stay alive in the competition.

After a poor show in the first two matches, India returned back to their dominant mode as they completely outclassed the Afghan side. Batting first in the match, the Men in Blue posted a whopping 210 runs on the scoreboard in their 20 overs. It was the openers who ruled the show.

KL Rahul and Rohit Sharma flaunted their class with the willow as they took the remand of the opposition bowlers. The two batters stitched a crucial partnership of 140 runs to dominate the match. Rahul scored 69 runs off 48 balls while Rohit smashed 74 runs off 47 deliveries.

Rishabh Pant and Hardik Pandya also played a good cameo as they smashed 13-ball 27 and 13-ball 35. The bowling unit also looked in fine form. India were successful in stopping Afghan at 144 to register a big win by 66 runs. Mohammed Shami picked up a  three-wicket haul while Ravichandran Ashwin ended up with two wickets.

While Men in Blue were phenomenal with their approach, the Afghan bowlers also made the task easy by making some crucial fielding errors. Mohammad Nabi’s side looked sloppy on the field as they made a lot of fielding errors. The poor show by the Afghanistan team resulted in Pakistan fans trending match fixed on Twitter.

A handful of people accused BCCI of fixing the match so that India can qualify for the next round of the competition. Virat Kohli’s team is yet to confirm their qualification as they now need to win both their two games by a good margin. In addition, New Zealand should also lose their upcoming against Afghanistan.