“Either you do it or you don’t,” Aakash Chopra reacts after Rohit Sharma withdraws run-out appeal at non-striker’s end

One of those who questioned the decision is former India cricketer and now full-time cricket pundit Aakash Chopra. 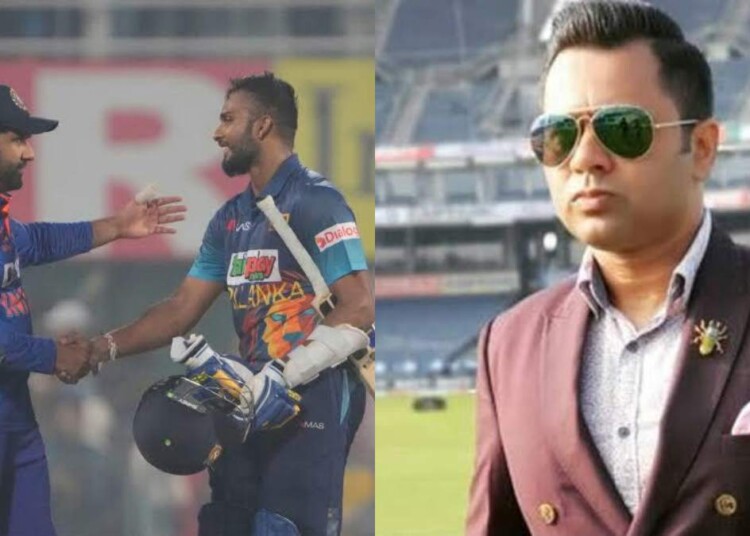 The run-out of the batter at the non-striker’s end is one of the most debated dismissals in cricket. Whenever it’s practiced by a bowler, some question the ‘Spirit of Cricket’, while some back the bowler because the Marylebone Cricket Club (MCC) has given Mankading its approval.

Law 41.16 states: “If the non-striker is out of his/her ground from the moment the ball comes into play to the instant when the bowler would normally have been expected to release the ball, the bowler is permitted to attempt to run him/her out. Whether the attempt is successful or not, the ball shall not count as one in the over.”

India veteran all-rounder Ravichandran Ashwin’s name cannot be missed when talking about Mankad dismissal. He openly accepted that there’s no harm in running a batter out at the non-striker’s end, simply because it’s a law. Ashwin is one of those who have studied cricketing laws and doesn’t shy away from practicing. He faced flak after running out Englishman Jos Buttler in the Indian Premier League in 2019. That was back in 2019, the recent event one can remember perfectly- that set Twitter ablaze- was India women all-rounder Deepti Sharma’s running out England’s Charlie Dean at the non-striker’s end at the iconic Lord’s in 2022.

Charlie was the lone warrior for England. Only she could have saved her team from an embarrassing 3-0 whitewash in the ODI. India needed just one wicket to bundle out when Deepti dislodged the bails at the non-striker’s end to send a wave of confusion and debate. That incident even shadowed the fact that the legendary Jhulan Goswami was playing her final international match.

There have also been several instances when a captain, despite the bowler’s mankading the non-striker, has withdrawn the dismissal appeal. The recent one is India captain Rohit Sharma’s withdrawing the appeal to send Sri Lankan skipper Dasun Shanaka back to the pavilion. The incident happened in the first ODI at the Barsapara Cricket Stadium in Guwahati on Tuesday (January 10).

Shanaka was batting at 98* and needed just two runs to complete his century when Mohammad Shami saw the skipper leaving the crease early. Without wasting a minute, he removed the bails. The on-field umpire referred to the third umpire but then came Rohit and talked with Shami. With smiles on their faces, they withdraw the appeal and Shanaka completed his century later.

Rohit Sharma’s gesture was admired by many for his ‘sportsmanship’, while some questioned if Rohit would have done the same thing if India were in a pressurized situation. One of those who questioned the decision is former India cricketer and now full-time cricket pundit Aakash Chopra.

“I think India will have to decide on a policy with regards to the run-out at the non-striker’s end. Either you do it or you don’t. The decision can’t be ‘situation specific’ or individual specific. If you’re going to withdraw, make a policy that we won’t. My 2 cents,” Chopra wrote on Twitter.