Dhoni got his daughter, Ziva Singh Dhoni, Messi's signed Argentina jersey. The seven-year-old was on cloud nine after receiving the gift.

by Gouri Das
in Cricket, Football 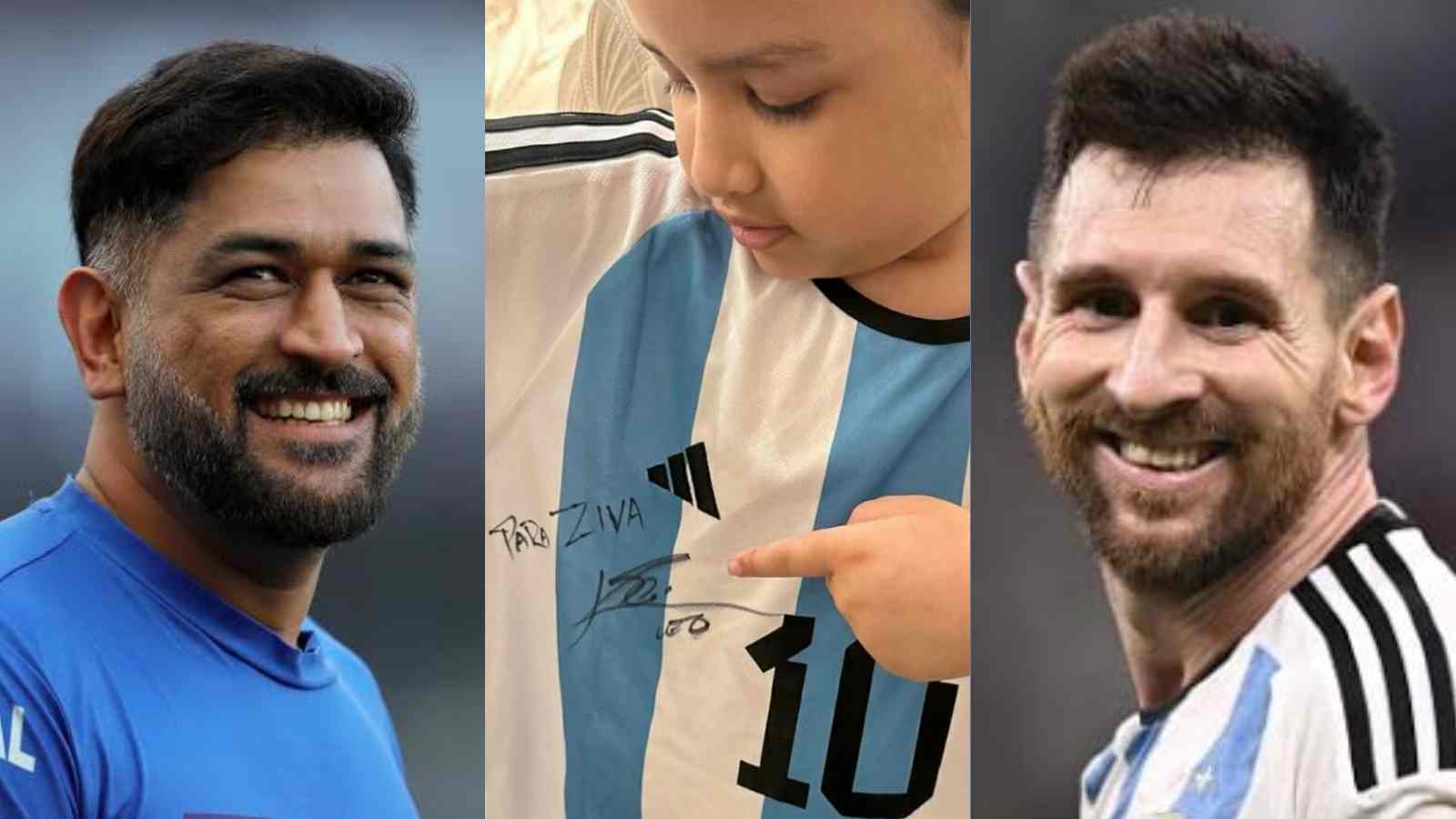 Lionel Messi is arguably one of the greatest footballers of all time. He set the world on fire by leading Argentina to their third FIFA World Cup title in 2022. Argentina defeated France in a penalty shootout in the final. Argentina’s victory wasn’t just celebrated at home but all over, India included.

Former India captain, MS Dhoni is a huge Lionel Messi fan. He got his daughter, Ziva Singh Dhoni, Messi’s signed Argentina jersey. The seven-year-old was on cloud nine after receiving the gift. The Instagram account of Ziva, which is managed by her parents, shared the picture with the caption: “Like father, like daughter!” On the jersey, Messi wrote, “Para Ziva” which means “For Ziva”.

MS Dhoni is fond of football since childhood. He is also a huge fan of the Premier League club Manchester United. The 41-year-old also co-owns Indian Super League club Chennaiyin FC and has been spotted training with the club a lot of times.

Indian cricket team players are currently enjoying their break after their two-match Test series against Bangladesh. Indian wicketkeeper batter Rishabh Pant, who was part of the series, was recently spotted with MS Dhoni in Dubai.

Sakshi Singh Dhoni, wife of MS, shared the picture of Dhoni and Pant with other friends with the caption: “To many more EPIC nights!“

Meanwhile, Pant was not picked for the T20I and ODI home series against Sri Lanka which starts on January 3, 2023. India all-rounder Hardik Pandya will captain the T20Is, while Rohit Sharma will return to lead the ODI series. Virat Kohli and KL Rahul also won’t play in the T20Is.

ALSO READ | “Thanks for ending this year with a win”- Twitter reacts as resilient Ravichandran Ashwin, Shreyas Iyer save India from falling apart

ALSO READ | “Oh no ! I thought I blocked you,” Ravichandran Ashwin shuts down troll in style after match-winning knock against Bangladesh