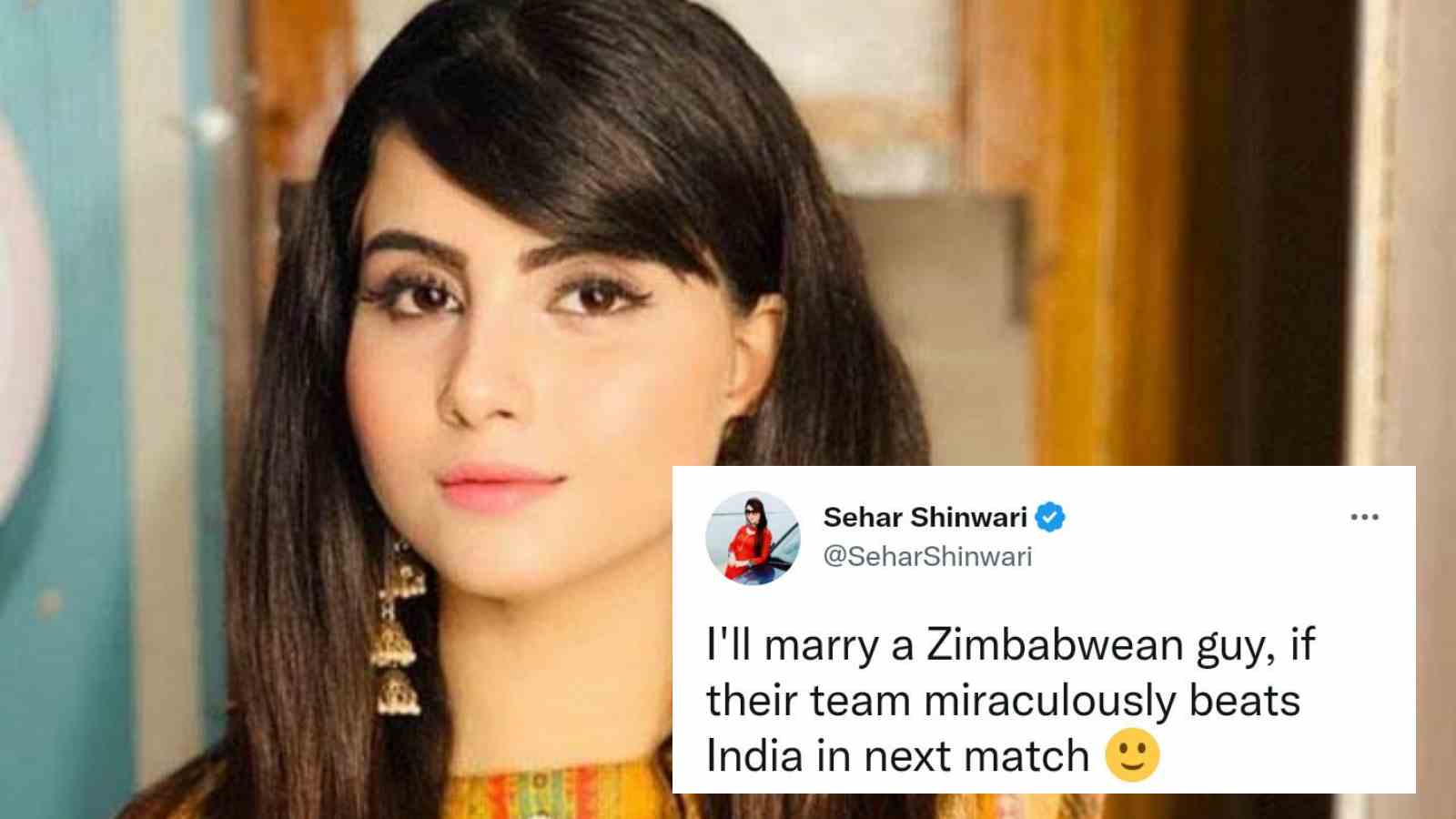 India‘s clash against Zimbabwe on Sunday is a talk of the town, as it’ll finalize which team can reach the semi-final in the ongoing T20 World Cup 2022. Amongst the anticipation, a Pakistani actress’ tweet has gone viral.

During India’s match against Bangladesh, a Pakistani actress, Seher Shinwari, kept tweeting and wishing India’s defeat. However, her latest tweet has been making headlines. In the tweet, she promised to marry a Zimbabwean guy if Zimbabwe “miraculously” beats India.
“I’ll marry a Zimbabwean guy if their team miraculously beats India in the next match,” she wrote in her tweet.

Indian fans trolled her for her claims which were proved wrong previously. Shinwari did not post like this for the first time. She slammed India when they faced a four-wicket loss to Australia ahead of the T20 World Cup in a three-match T20I series.

Pakistan will be eyeing a victory against Bangladesh

Zimbabwe had previously defeated the Men in Green by one run in a thriller contest to put Babar Azam and Co. in a troublesome situation. But Pakistan resurrected thence and went on to beat the Netherlands in their third game, and undefeated South Africa today (by 33 runs) to keep their semi-final hopes alive.

India is reigning at the top with six points in Group 2, followed by South Africa (five points) and Pakistan (four points). As India will face Zimbabwe next, Pakistan will be eyeing a victory against Bangladesh. Pakistan are not entirely relying on only their wins but on other teams’ results too.