“Conceding 200 runs in every match!”- Twitter slams bowlers as South Africa defeats India by 49 runs in the 3rd T20I 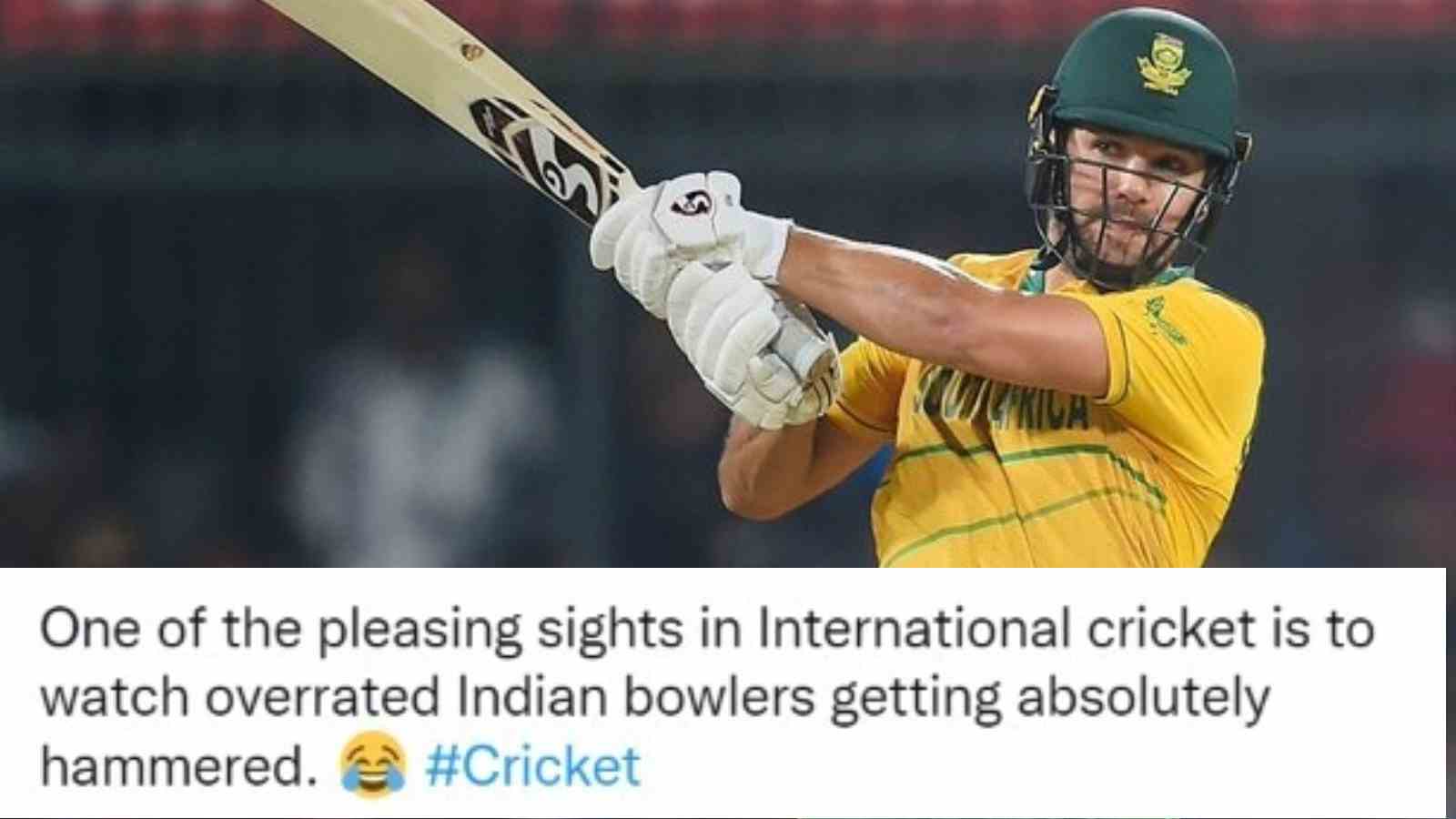 Despite clinching the three-match series by 2-1, India failed to whitewash South Africa as their batter Rilee Rossouw’s blitzkrieg knock of 100 runs off 48 guided them to a massive 227/3 on Tuesday, October 3 at the Holkar Stadium. India failed to reach that mark and eventually lost it by 49 runs.

South Africa was asked to bat first and Rossouw’s unbeaten 48-ball 100 runs, along with Quinton de Kock’s 68 runs off 43 balls and a cameo by David Miller (19 runs off five balls) helped the Proteas post 227 with the loss of three wickets in their allotted 20 overs.

India, in their response, lost the wicket of opener Rohit Sharma on duck. Virat Kohli, Hardik Pandya, Yuzvendra Chahal, and a few others weren’t playing so Rishabh Pant opened the innings alongside Rohit in the absence of KL Rahul. Pant could score only 27 runs off 14 balls with three fours and two sixes but he was sent back off Lungi Ngidi.

Dinesh Karthik added 46 runs off 21 balls with four sixes and as many fours at an impressive strike rate of 219.05 before Keshav Maharaj bowed him out. This happened at the end of the powerplay when Maharaj bowled a flatter one around the off. Karthik attempted to reverse scoop it but missed and the stumps were shattered.

Suryakumar Yadav couldn’t add much when he walked back after scoring just eight runs off six balls. Harshal Patel scored a 12-ball 17 runs off two fours and a six before Ngidi trapped him with a full ball.

Deepak Chahar, although he conceded a lot of runs while bowling, scored a quick 31 runs off 17 balls with two fours and three sixes at a strike rate of 182.35 but he became a victim of Dwaine Pretorius in the 17th over. Umesh Yadav added 20 runs but these weren’t enough and India lost all its wickets in the 18.3 over.

ALSO READ | Watch: MS Dhoni’s famous helicopter shot is a killer swing technique for golf- PGA or LIV next for the cricket icon?