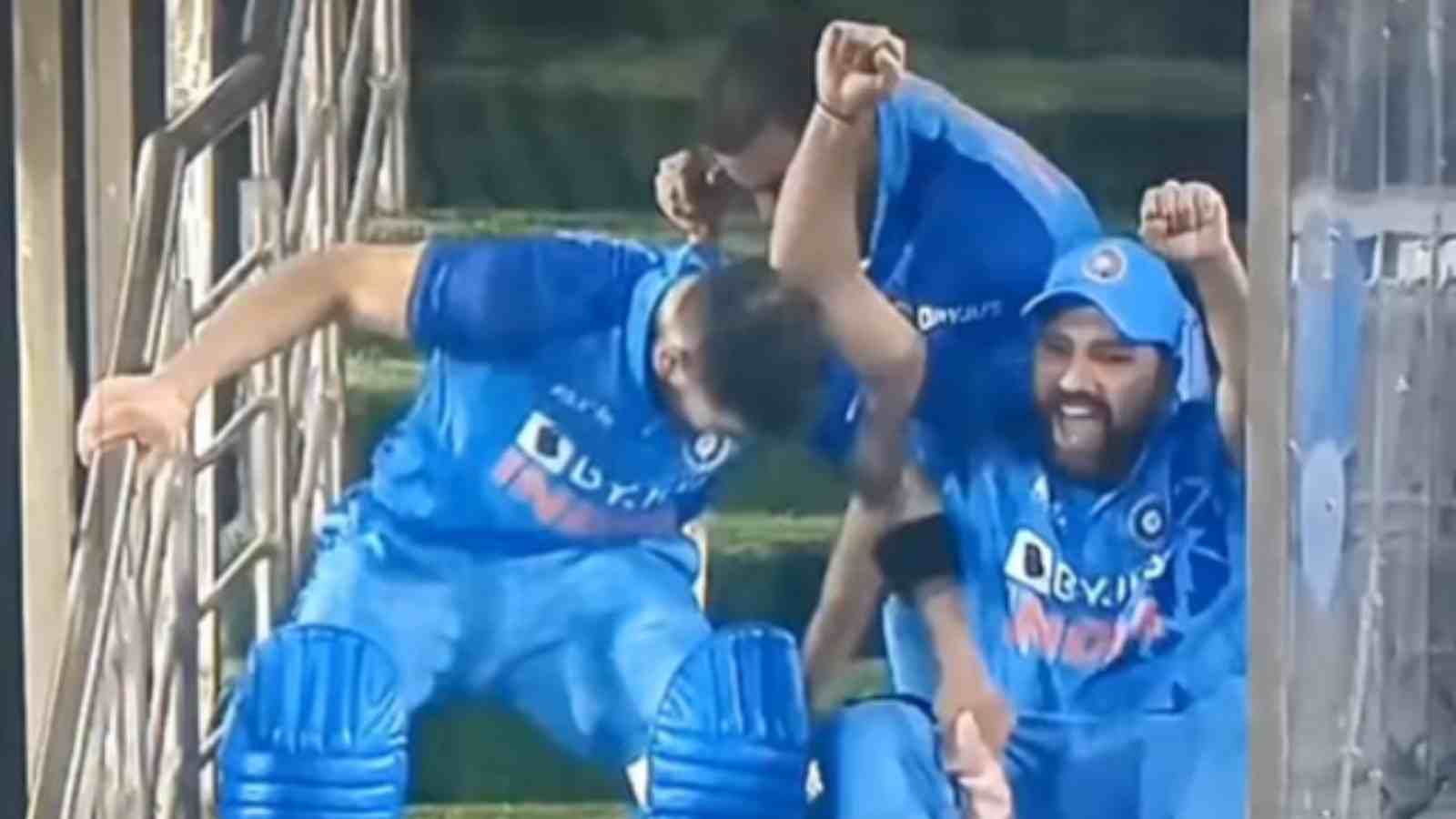 When Hardik Pandya wrapped up the victory against Australia, Virat Kohli and Rohit Sharma broke into a wild celebration at the dressing room staircase at Rajiv Gandhi International Stadium in Hyderabad.

India needed four runs off the last two balls and then Pandya just stretched out his back, the ball passed the short third man towards the boundary rope; India won the match by six wickets and the series by 2-1. Kohli had taken a long walk back to the dug-out when the second ball of the last over off Daniel Sams sent him back. He and Rohit were waiting impatiently on the staircase before that four brought an epic reactions from the two.

“I just used my experience a little bit, stayed back”- Virat Kohli reveals the message from Rohit and Dravid

Virat Kohli slammed a match-winning 63 runs off 48 balls while stitching a century stand with No. 4 batter Suraykumar Yadav who smacked 69 runs off 36 balls until Josh Hazlewood dismissed him. Suryakumar was adjudged the Player of the Match.

“When Surya started hitting it like that, I kind of looked at the dugout as well and Rohit (Sharma) and Rahul (Dravid) both told me, ‘you can just keep batting on’ because Surya (Suryakumar) was striking it that well,” said Kohli during a conversation with veteran commentator Harsha Bhogle after the match.

“It was just about building a partnership. I just used my experience a little bit, stayed back and as soon as he went away I tried to take on the first couple of balls and got a six off Pat Cummins and that set me up again,” Kohli added.