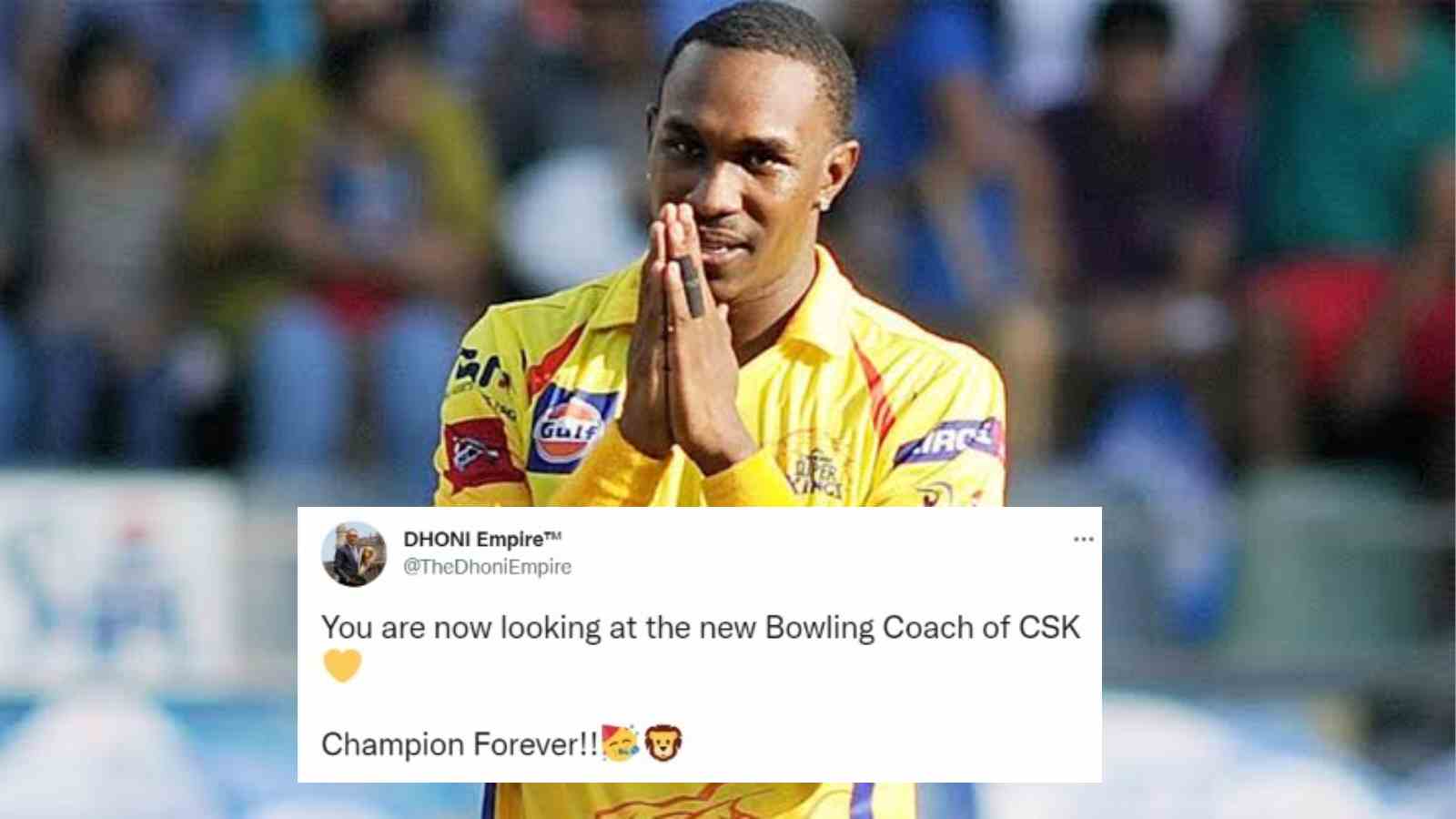 Dwayne Bravo has called his time on the Indian Premier League career on Friday (December 2) via his Instagram post. But he won’t be entirely leaving the league because Chennai Super Kings have appointed him as their bowling coach.

Bravo took to his social media and announced the decision. It read: “After 15 years of playing in the most toughest T20 league, I announce today that I will be no longer be taking part in IPL. It’s been a great journey, with a lot of ups and downs. At the same time, I am grateful to be a part of the IPL for the last 15 years. I know it’s a sad day for myself, my family and most importantly my fans. But at the same time, I want us all to celebrate my career over the last 15 years,” said Bravo in the Instagram post.

He then went on to add about the new role, that is of coaching the team, in that same post. “As I get ready to move on and hang up my bowling boots, I would like to let my fans know that I am looking forward to putting on my coaching cap,” he added.

Bravo has started his journey in IPL in its inaugural season in 2008 and is the highest wicket-taker of the cash-rich league. In his 161 matches, he has taken 183 wickets. The all-rounder also amassed 1560 runs at a strike rate of 130.

He donned the Yellow jersey in 2011. For CSK, he has played 144 matches, scored 1556 runs, and scalped 168 wickets, and played a crucial role in CSK’s important victories. Ahead of IPL 2023 auction, he was released by the Yellow-based franchise, but he already has three trophies while representing them.

The four-time champions CSK had a rough season in IPL 2022 as they ended up at the second-last stand on the points table, just above the five-time champions Mumbai Indians. MI also released Bravo’s best mate Kieron Pollard ahead of the auction for IPL 2023, he will lead MI Emirates.