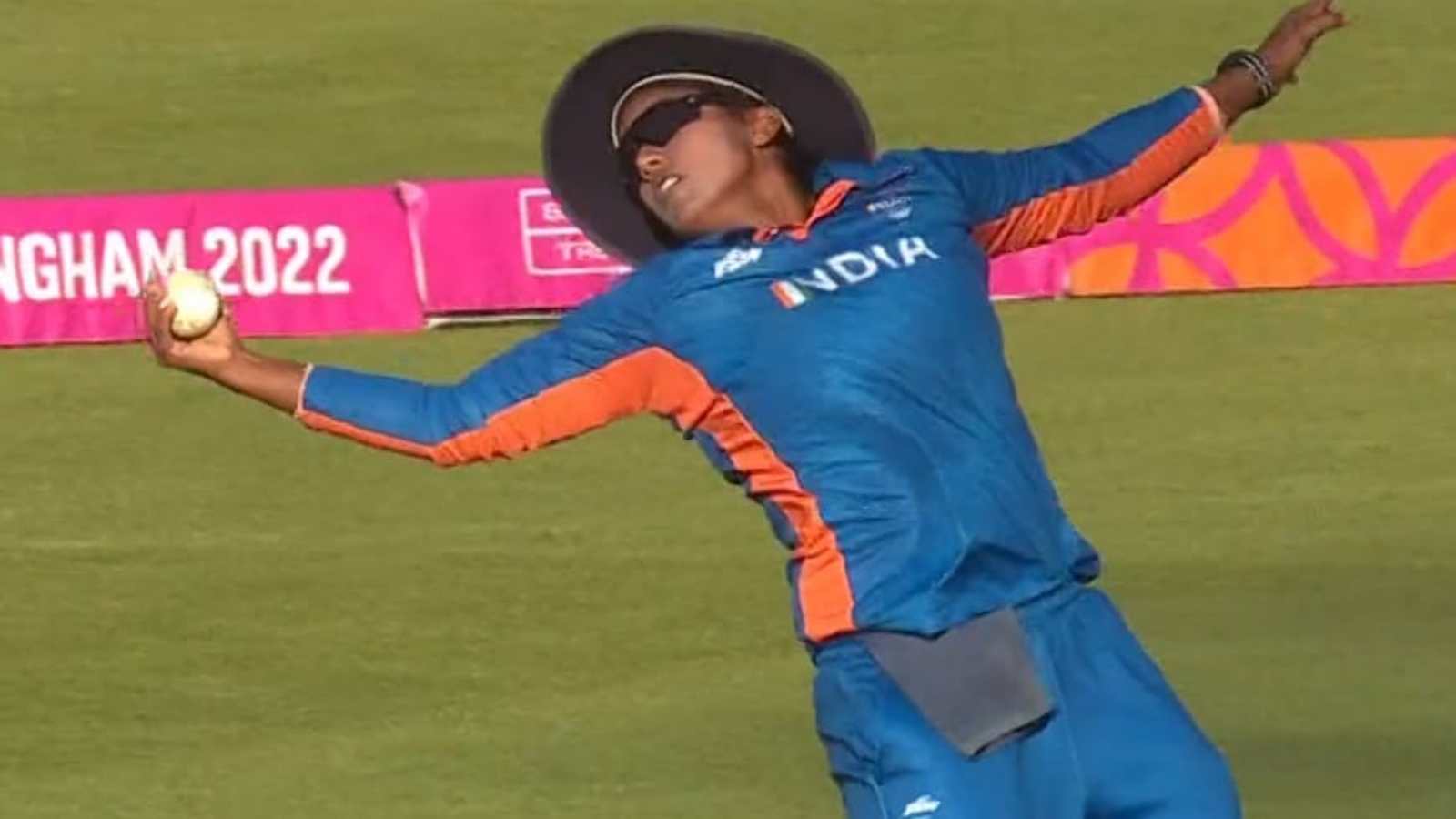 In the gold medal match between India and Australia in the Commenwealth Games 2022, the former’s Deepti Sharma grabbed a one-handed catch to dismiss the destructive Beth Mooney on August 7 at the Edgbaston stadium in Brimingham. India produced absolute brilliance while fielding.

This happened in the 18th over when Sneh Rana was bowling. Deepti produced an extraordinary efforts to dismiss Mooney who scored most runs for the Aussie team with her 61 runs off 41 balls. Sneh Rana bowled outside off-stump and Mooney tried to send it to the stands but she only managed botton-edge and the ball was in the air. Deepti was at mid-on, she ran backward and kept her eyes glued to the ball and caught it. Mooney at the time was guiding the Aussies to a mammoth total.

The spectacular catch caught everyone’s attention and it has now gone viral. Check the video below:

While Chasing, India skipper Harmanpreet Kaur scored 65 runs with a 33-run contribution from Jemimah Rodrigues. The side but collapsed from 118/2 to 152 all out in the penultimate over. In the end, Australia, the favourites to win the tournament wore the gold medals.