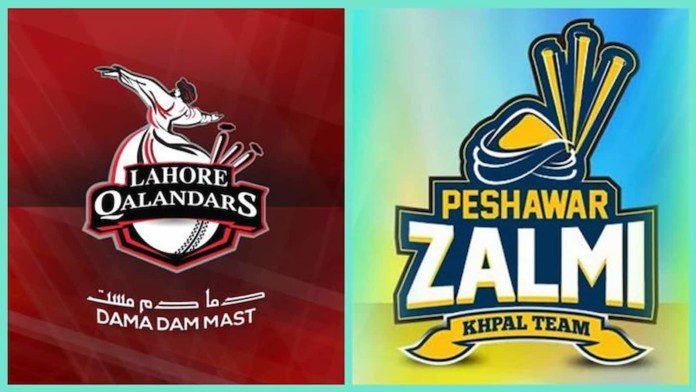 Peshawar Zalmi will take on Lahore Qalandars in the 9th match of the Pakistan Super League 2022. The PES vs LAH battle will be played at the National Stadium, Karachi on Wednesday 2nd February. Lahore Qalandars is coming into this match with a win from their previous game against Karachi Kings by 6 wickets. Fakhar Zaman was looking in great form as he smashed Karachi bowlers all over the ground in his innings of 106 off 60 balls. With a win and loss in 2 games, they are sitting at the 4th spot in the standings with 2 points.

Peshawar Zalmi on the other hand also had a mixed start to their campaign. In the previous game, they got dominated by Islamabad United and lost the game by 9 wickets in less than 16 overs. Chasing a target of 169, Paul Stirling (57 runs) and Alex Hales (82* runs) provided an excellent start upfront combining for 112 runs in just 58 balls for Islamabad. With a win and loss in 2 games, Peshawar Zalmi is sitting at the 4th spot in the standings with 2 points.

Where to watch: Sony Sports Network

The wicket at the National Stadium is batting-friendly with a reasonable amount of help for the pacers. Both Lahore and Peshawar have good batting in their ranks therefore we can expect a high-scoring game. The average first innings score on this wicket is 180.

Conditions will be mostly sunny and pleasant in the PES vs LAH contest. The temperature will be hovering around 20-22 degrees Celsius. There will be no interruptions in the game by rain although some cloud cover will remain.

Fakhar Zaman is the only batsman to score a hundred so far in this edition of PSL. He made 106 runs off 60 balls against Karachi Kings and helped the team chase the target of 171 runs in 19.2 overs. He is the second leading run-scorer in the tournament and has gathered 182 runs in two matches at an average of 91 and a strike rate of 191.57. He is a must-pick for this game.

Sherfane Rutherford has made 80 runs in two innings of PSL so far. He scored an impressive knock of 70* runs off 46 deliveries against Islamabad United in the last match. He was the highest run-scorer for the team in the match and helped them reach a total of 168 runs in 20 overs.

Shaheen Afridi has carried his excellent form from the last edition of the league. He has taken four wickets in two matches at an average of 17.75, an economy of 8.87, and a strike rate of 12.

Haris Rauf has been really terrific with the ball for the Qalandars in this edition of PSL as well. He has taken four wickets in two matches at an average of 19.75, an economy of 10.3, and a strike rate of 11.5.

Probable XI for PES vs LAH

Looking at the current form and team combination, LAH is expected to win this game and keep on their winning run of form. However, it will be a great contest as PES is also coming into this game looking for a comeback.

Gunaditya Tripathi - May 14, 2022
Kevin Magnussen has raised his concerns with the jewelry ban in Formula 1 after Lewis Hamilton. In F1, this law has existed for a...

“I still believe Lewis Hamilton will eventually finish the championship in...