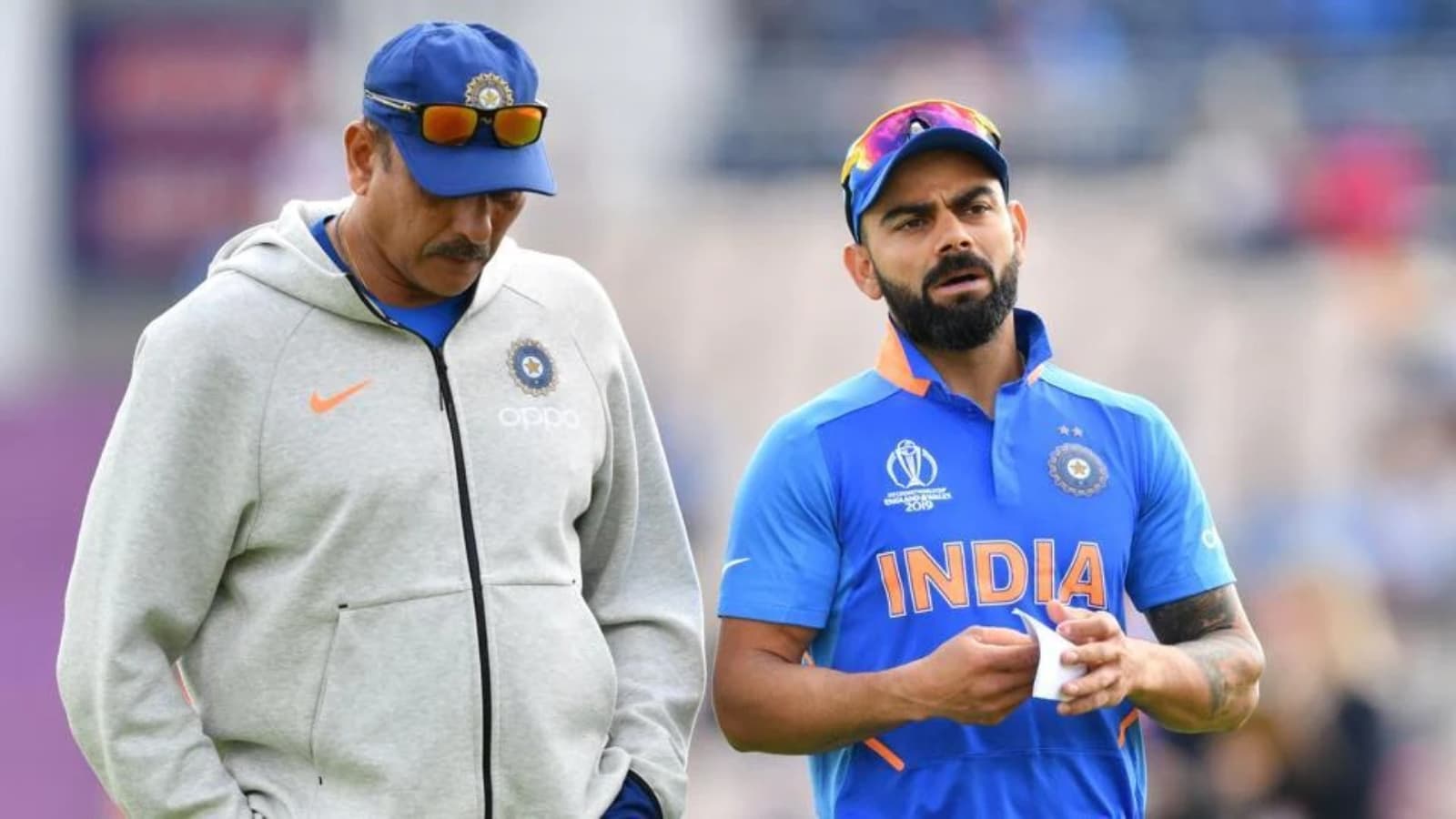 Team Indian skipper Virat Kohli recently shocked everyone after he stepped down from the captaincy role in the 20-over format post the 2021 T20 World Cup in the UAE. Adding to this, he further announced that IPL 2021 will be his last assignment as the captain of Royal Challengers Bangalore (RCB).

However, he will continue leading the national side in the One Day Internationals (ODIs) and Test matches. Meanwhile, several reports have come out, claiming that the Indian team’s head coach Ravi Shastri had advised Virat Kohli to give up captaincy in both white-ball formats.

As per sources, talks surrounding Kohli’s captaincy started doing the rounds soon after India won the historic Test series in Australia without Kohli’s presence in the dressing room. India’s current vice-captain Ajinkya Rahane in the longer format helped the Asian Giants clinch the four-match series 2-1 after the 32-year-old flew back home due to personal reasons.

“The talk about Kohli’s captaincy started after India won the Australian series without their regular captain. It also indicates that Kohli may have to let go of the ODI captaincy at some point before the 2023 World Cup if things don’t go as planned,” a BCCI official was quoted by India Ahead.

“Kohli is still keen to lead India in ODIs”

The quoted source went on to say that Virat Kohli didn’t listen to Ravi Shastri as the former is still keen to take the charge of team India in the 50-over cricket.

“Shastri had spoken to Kohli around six months ago. But Kohli didn’t listen to Shastri. He is still keen to lead India in ODIs and that is why he only decided to let go of the T20 captaincy. Even the board was discussing how Kohli could be utilised more as a batsman. That is because he has a lot left as a player even now,” the source added.

Virat Kohli has been leading the national side for a long time now and did a commendable job in all three formats. His bilateral series records are second to none, however, the wait for his maiden ICC trophy continues as captain.

Also Read | IPL 2021: “I respect the decision Delhi Capitals have made to continue with Rishabh Pant as captain” – Shreyas Iyer