Dan Hooker has shared his take on who is the “best grappler” and “most technical lightweight” in the UFC. While he has never actually fought for the 155lbs title, Hooker (21-11 MMA) has squared off with a bevy of the division’s top contenders.

Having grappled and traded strikes with everyone from Islam to Dustin Poirier, ‘The Hangman’ knows a thing or two about the competition at lightweight. In the latest edition of Pub Talk with Oscar Willis, Hooker explained what makes Dariush such a threat in the lightweight division.

He said, “Beneil, in my opinion, is the best grappler and the most technical lightweight in the UFC. He’s a guy that could do with saying a few more things, you know what I mean?” Beneil vs Islam is a classic wrestler vs wrestler matchup, and Beneil believes he can certainly wrestle with Islam, and even overwhelm him with his skills.

“Beneil is head and shoulders on the feet,” Dan Hooker believes Beneil Dariush’striking will help him in his fight against Islam Makhachev

Hooker also expressed his views on the result of Islam vs Dariush, he said, “I think it’s a tough fight. Beneil’s grappling is incredible. It’s a submission game. I feel like Beneil has the striking advantage. If they do cancel each other out then in my opinion, Beneil is head and shoulders on the feet. That’s the two best grapplers in the division, in my opinion.”

Dariush was recently booked to collide with Makhachev in a number one contender’s fight. As for Hooker, the New Zealand native is planning to have his next fight take place at 145 lbs. ‘The Hangman’ most recently competed back at UFC 267, where he suffered a first-round submission loss to the aforementioned Islam Makhachev.

Who would you like to see Hooker fight in his return to featherweight?

Also Read:- Beneil states he is better than Islam Makhachev, and he’s “gonna change a lot of people’s perspective” in their fight 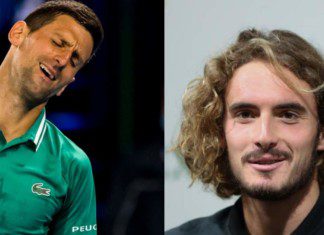