Darren Till picks his winner for the Anthony Joshua vs Tyson Fury fight! 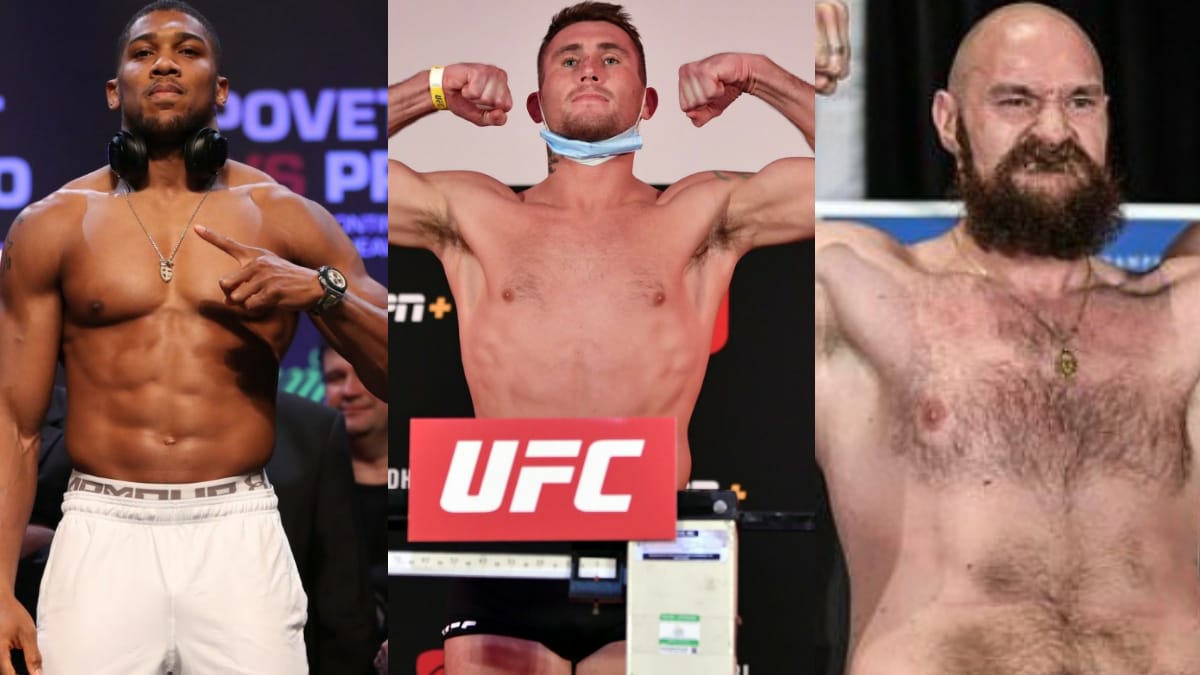 Darren “The Gorilla” Till has given his verdict for the highly anticipated all Brit encounter between Anthony Joshua and Tyson Fury. The UFC middleweight who is currently ranked number 4 predicted Tyson Fury to knock out Anthony Joshua in the sixth round – a very specific prediction!

Anthony Joshua is coming off a victory over Kubrat Pulev, which saw him stake his claim as the next challenger for Tyson Fury. The bout is all but confirmed for next year, which will see the two Brits unify their belts, with the winner becoming the undisputed heavyweight champion.

In the wake of this, Till took to Instagram to post an edited image of Anthony Joshua struggling to get back onto his feet after being knocked down by Tyson Fury. He captioned the image with the prediction of the fight.

“Joshua is on form as of late” – Darren Till

Till captioned the image, “I’m looking forward to this in 2021. I’ve got Tyson in the 6th but Joshua is on form as of late. Here’s hoping 🙏🏻”. Joshua is indeed on form as of late, as he has learnt a lot since his ‘wake-up call’ defeat in the form of Andy Ruiz Jr., last year. He has become a lot more measured since his loss to Andy Ruiz and it showed in the rematch against Andy, as well as in his match against Kubrat Pulev, recently.

Tyson Fury, on the other hand, has never been beaten in his illustrious career and he is coming off a victory over previously unbeaten and heavyweight great Deontay Wilder. It will take a monumental performance from AJ to overcome the Gypsy King!

Do you agree with Darren Till’s prediction?