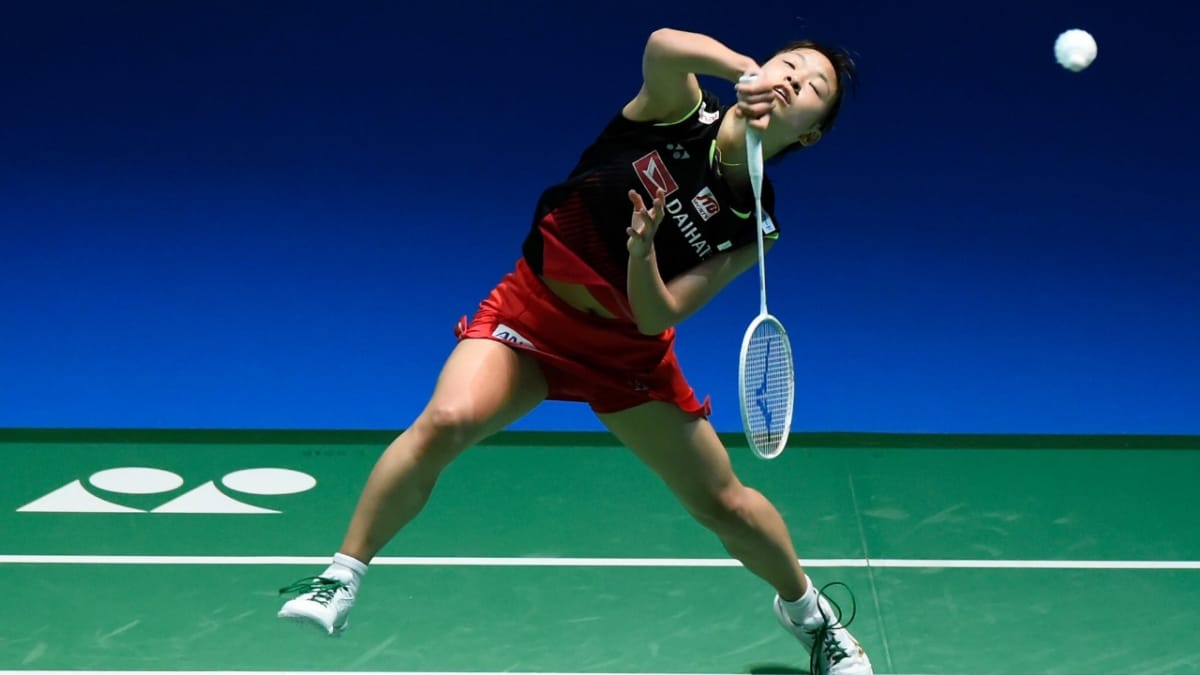 One of the most awaited matches was the women’s singles final between Carolina Marin of Spain and Nozomi Okuhara of Japan. This was Carolina Marin’s maiden Denmark Open final since her debut at the event in 2015. It was a game between two contrasting players in almost all sense. Marin is aggressive, attacking and tall. Okuhara on the other hand is calm, defensive and short. However, both are among the fastest movers in women’s singles.

The match started off with a high paced rally from both players, with Marin winning it. Both the ladies moved extremely well on the court. They were all long rallies, high pace, high intensity and long corners. Badminton fans, Marin’s screams were back to be heard! The game went neck-to-neck. Okuhara had the lead going into the mid-game break, 11-9. She withstood the pressure from punch clears well and did what she does best, retrieve shots.

Marin picked up many points being lucky with the net-caught. The Spaniard went completely on attack giving the short Japanese lesser time to react. However, Okuhara returned every shot with interest and finished with an attack when there were openings. Marin also erred a couple of time in pursuit of playing sharp-angled shots. The first game was just top-class badminton from these two ladies. Okuhara won the opening game 21-19.

Marin and Okuhara were both controlling the shuttle well. There were very few unforced errors coming in. Marin, initially did lose a few points due to errors trying to play sharp shots, but soon found her rhythm. The scores went point by point from one athlete to another, the smashes were finding the lines precisely. Okuhara was finding it a little difficult to find length in her clears giving the Spaniard an advantage to attack. Carolina always looked to finish rallies instead of prolonging them and constructing rallies. The latter is something Okuhara loves and is good at.

With Okuhara taking the lead at 15-12, Marin seemed disturbed. With a few errors and loose shots coming from Marin, Okuhara was at game point opportunities, 20-15. Marin saved one with a wonderful smash to Nozomi’s forehand. A second one was saved after Okuhara pushed a clearout in a fast-paced rally of long corners. She converted the third one with a beautifully angles cross-court smash to Marin’s backhand.

It was a repeat of the women’s doubles finals of the World Championships. Yuki Fukushima and Sayaka Hirota are the only former winners of the Denmark Open playing the finals today.

Sayaka and Yuki won the first game without breaking much sweat, 21-10. The tables turned in the second game as Mayu and Nagahara increased their pace and attacked. The had a two-point advantage going into the mid-game interval. Although the former Denmark Open champions fought back and tried to keep level, the world champions went all out on the attack and won the game 21-16. Fukushima and Hirota gain took the leading in the third game, 9-5. They went into the mid-game interval with 1 5 point advantage from a serve landing just right in at the T near the front service line.

It was acritical lead at 18-13 for Sayaka and Yuki taking the game into their hands, inching closer to the title.

It was incredible save of the second match point as Mayu and Nagahara won the longest rally of the match, making the score 20-17. The saved yet another match point, 18-20. Yuki Fukushima and Sayaka Hirota won their second Denmark Open title as Mayu erred on her serve after an hour and 17 minutes.