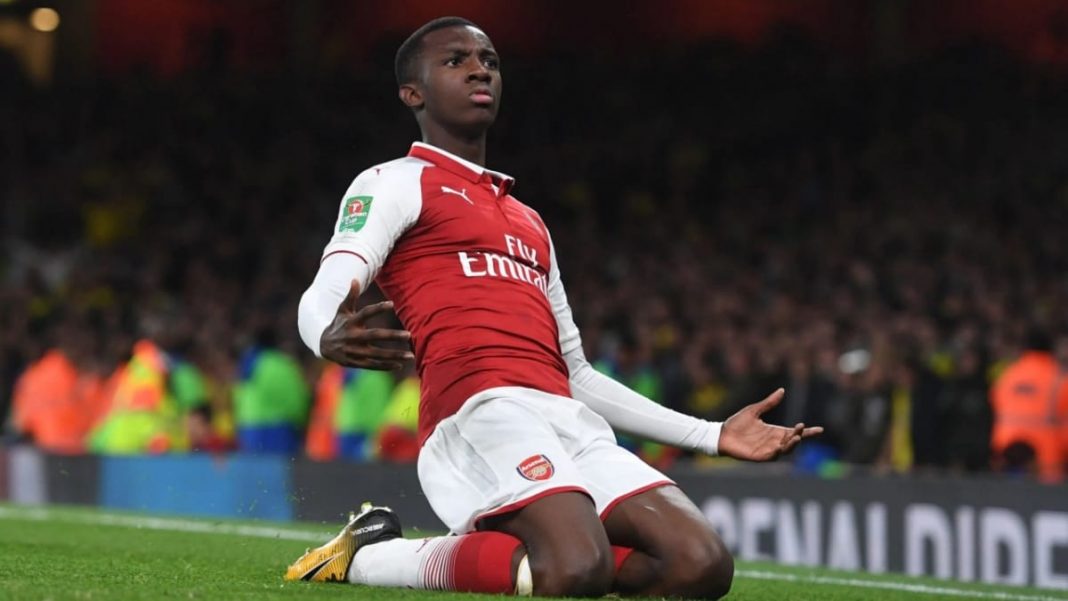 Eddie Nketiah breaks the record held by English greats as he becomes all-time top goalscorer for England’s Under-21 side. England faced Turkey last night in the U21 European Championship qualifier.

Last night was his 14th goal for the Young Lions and beat Alan Shearer and Francis Jeffers to hold the record on his own. He scored in the 88th minute to make it 2-0 before Turkey got one back.

“It’s amazing,” Nketiah said of his achievement post-match. “To beat the record and be alongside those kind of names and players is a dream come true and a proud moment for me and my family.” This win helped England book its spot in the Euros next summer.

Boss Aidy Boothroyd,  “there’s no doubt about it. He’s destined for big things. His personality and his persona around the lads, he has an aura of responsibility and leadership about him. He’s a natural, all the players like and respect him. We know what he gives on the pitch but he’s good off the pitch. This is what we want our young England players to look like. How far can he go? He’ll have to play regular games for his club.”

This comes after Arteta still choosing to use Nketiah as a substitute and not in the starting eleven. However, he is very much in Arteta’s side and looks to be a regular.

Also read: Ben Chilwell has withdrawn from the England squad