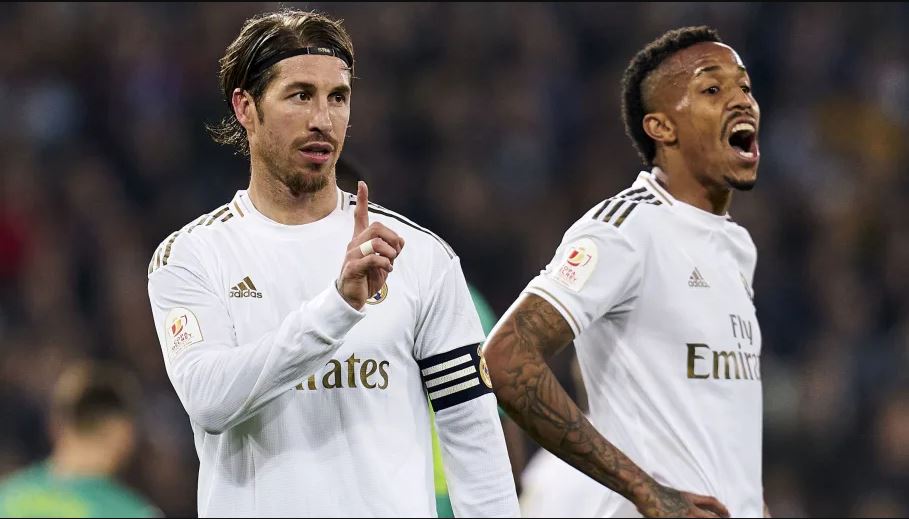 Eder Militao is enthusiastically expecting the round-of-16 clash with Manchester City for the second leg. Real Madrid’s Champions League team against City is poised to fill the void created by Sergio Ramos’ absence.

Sergio Ramos was suspended in the first leg, in which City scored twice in the final for their first ever victory over Madrid.

Pep Guardiola’s side won 2-1, and Militao is looking to replace Ramos as the center-back position in the crucial second leg fixture.

“Ramos is not there and I have to show my heart, play with everything I have. It’s a really strong feeling. It is a unique moment for me.

“I can imagine it now, in the Champions League, in Manchester. The winning goal, with a header. I wouldn’t know how to celebrate it. Nothing is impossible, so I’m going to go for it.” – Militao said.

Militao is not going all-in ahead of the clash against Manchester City. He believes he would step-up to score the winner if he had to.

“I can imagine it now, in the Champions League, in Manchester. The winning goal, with a header. I wouldn’t know how to celebrate it. Nothing is impossible, so I’m going to go for it.” – he said.

“The media always have to talk about something to do with Madrid,” he said. “We know what we worked on in training, and how well we were doing. The club don’t like to lose, we always want to keep winning, but it doesn’t always happen. We knew we were on the right track.

City will invite Madrid to Etihad Stadium on Friday with a 2-1 aggregate lead for the second leg of their round of 16 match.