“Can he cope with the mental trauma?” – Fans put pressure on Fred Vasseur as he starts his first day as Ferrari’s Team Principal 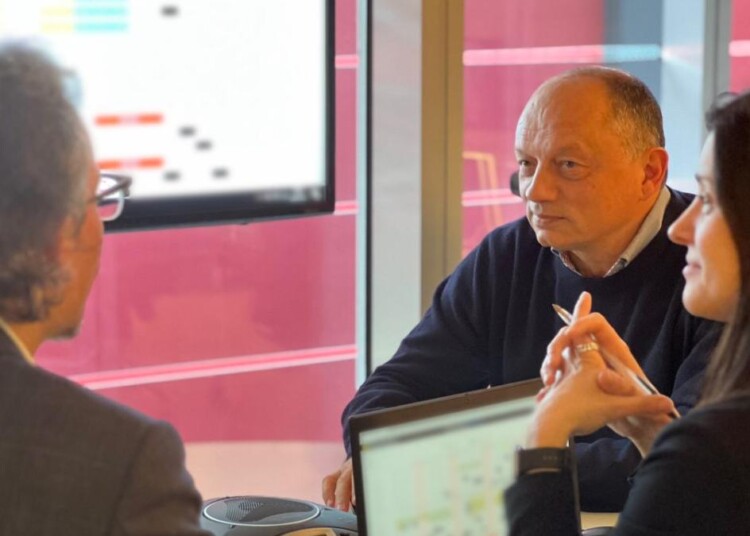 In recent times, Ferrari was on red alert as they Mattia Binotto parted ways with the Scuderia. Soon afterwards, it was announced that Fred Vasseur will be leaving Alfa Romeo Sauber to join the Italian squad in 2023. Fred was going to replace Mattia to become Ferrari’s new team principal. After a failed tenure by many others behind him, Vasseur will be on thin ice as he carries on with his F1 career in a different kind of red.

When news finally broke out about Mattia Binotto’s exit from Ferrari, fans were left confused by the decision which seemed like it had been in the books for a long time. However, the Italian squad didn’t waste any time as they hired Alfa Romeo Sauber team boss as Binotto’s replacement. This was a decision that fans wanted for a long time were taken aback when the team actually went through with the plan.

Being the team principal at Ferrari has to be one of the most tough and stressful jobs in the world which the Ex-Sauber boss has undertaken. Leading a team like Ferrari requires immense mental strength and capabilities that Fred seems to already have. Here is how the fans on Twitter reacted when they saw that Vasseur started his first day as the team leader for Scuderia Ferrari.

Fred Vasseur will be aiming to bring some championship gold towards Ferrari’s way. Having last won a championship during 2008, they haven’t done themselves any favours. It’s hard to have one of the world’s toughest jobs, however, everyone knows what the Ex Sauber boss is capable of. It will be interesting to see how Fred will perform in his new team as he sims to lead them to victory.